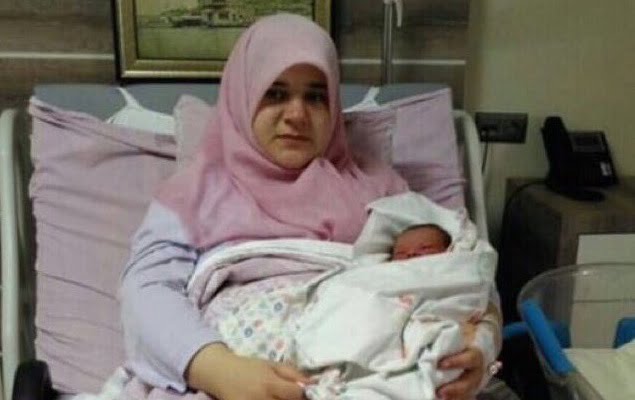 Ayşe Kaya, 30-year-old woman who gave birth to a baby at Eslife Private Hospital in İstanbul’s Esenyurt district early on Tuesday, was reportedly detained by police with her newborn baby later the same day as part of an investigation into Turkey’s Gülen group.

Turkish government has systematically been detaining women on coup charges either when they are pregnant or shortly after giving birth. This incident is the second in a week and 16th in the past 9 months.

On Monday, a group of police officers detained Derya Gül hours after she gave birth at Avrupa Hospital in the southern province of Adana.

Turkey survived a military coup attempt on July 15 that killed over 240 people and wounded more than a thousand others. Immediately after the putsch, the AKP government along with Erdoğan pinned the blame on the Gülen group, inspired by US-based Turkish Islamic scholar Fethullah Gülen.

In June, teacher Esra Demir was detained a day after giving birth in Batman as part of the witch-hunt targeting the Gülen movement.

In May, Aysun Aydemir, an English teacher who gave birth to a baby in a Cesarean procedure, was detained at the hospital for links to the Gülen movement and subsequently arrested by a court and put in pretrial detention with a three-day-old baby in Zonguldak province.

In late January, Fadime Günay, who had just given birth, was detained by police at Antalya’s Alanya Başkent Hospital as part of the same witch-hunt.

A total of 138,148 people have been dismissed from their jobs, 118,235 detained and 55,927 arrested as part of a government crackdown following the failed coup last summer, a tally by TurkeyPurge.com said.