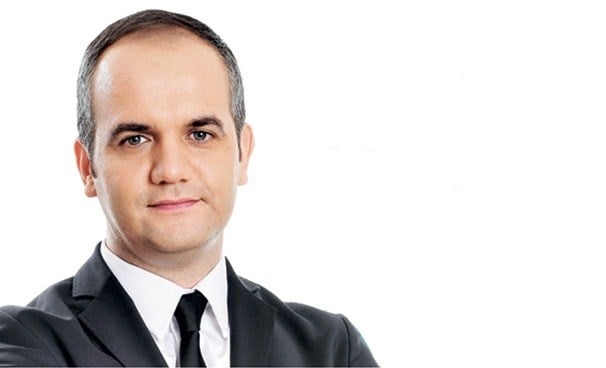 They have been asking for weeks now:

“Why are you sticking it to the government that you have been praising until yesterday?”

Then the question is rounded down to “Cemaat” and followed up by “Why did Cemaat withdraw its support from the government?”

Of course there is also this:

“Why is Cemaat [Hizmet Movement] carrying out an operation against AK Party?  What’s next?”

Firstly…  Just like it is natural to praise the government for the good deeds, it is as natural to criticize it for the wrongdoings.  There is no eternal allegiance in politics.

Secondly…  There is no such thing as Cemaat [Gulen Movement] withdrawing its support.  For years, Cemaat did not say squat regarding all the discharges of officials in bureaucracy for “being close to Cemaat”.  All it did was to oppose to the closing of test-preparation centers…  The corruption investigation that erupted after, is billed to Cemaat by the PM himself.

Thirdly…  Cemaat carrying out an operation against AK Party is just empty talk.  Tens of claims by partisan media are refuted daily.  The corruption investigation is in its third month, and the government has not come up with any substantial evidence.

Besides…  Cemaat stays where it has always been.  From what I can tell, they are defending now what they have been defending yesterday.

One should look at who has changed.

– Eight months ago, in the finals of Turkish Olympiads, in the Olympic Stadium in Istanbul, the PM was saying: “All of us are unshakable soldiers of the same cause”. Today, he is calling Cemaat the “gang, Hashashin” or whatever insults comes to his mind. He badmouths Turkish schools overseas to his colleagues, and to the heads of states.

– Yesterday, Cemaat was of the opinion that with Ergenekon and Sledgehammer trials, Turkish democracy was purifying itself, and that by punishing coup plotters, another dirty page was being closed.  Yesterday, the government was at the same position with the Cemaat. The PM was the “prosecutor” of all these cases.  Today, “despite having life sentences”, Ergenekon suspects are being released from prison.  Worse than that, throat-cutting murderers of Zirve Publishing House massacre that were caught red-handed are released.  What is going on?

– The PM who until yesterday was asking Fethullah Gulen to return to Turkey by saying “put an end to this homesickness”, uses inconceivable insults, “false prophet, fake saint, dummy scholar”.  Gulen did not respond.  On the contrary, he has warned his friends “not to respond to insults in the same manner”.

– Yesterday, Cemaat stood against the banning of AK Party.  Today, AK Party is collaborating with the same judiciary that was asking for the ban of its own party.

– Yesterday, Cemaat worked hard for the September 12th 2010 referendum.  Today, the government says that it was mistaken back then, and starting with HCJP (High Council of Judges and Prosecutors) it politicizes all independent institutions.

– The towers that were said to be “done by Cemaat” have collapsed: Deniz Baykal and MHP conspiracy tapes…  Taking over of Fenerbahce Sports Club…  The talk of Aydin Dogan being blackmailed in Supreme Court by the parallel structure… The allegation of assassination of Sakine Cansiz and other PKK members in Paris…  The slander of Cemaat leaking Oslo meeting details…  All of these turned out to be doings of either the government, MIT (National Intelligence Organization), or someone close to one of these.

While Cemaat stood firmly where it was, someone “burned the bridges” and schemed an “extermination plan”, also billed every dirty doing to this address. That is it.

Excuse me, but what a list of election campaign promises:

– There is an operation against Cemaat after 30 March.

– The new MIT law that will turn the country into surveillance state will pass.

Not a single crime or criminal was put forth.

They brought us to this day with empty talk, sheer allegations and slurs.

They forced the whole country into chemotherapy with the lie of “Cemaat is behind everything”.

Turkey’s metabolism has collapsed.  Reflexes and the immune system have died.

Have a great election.

Published [in Turkish] on Bugun