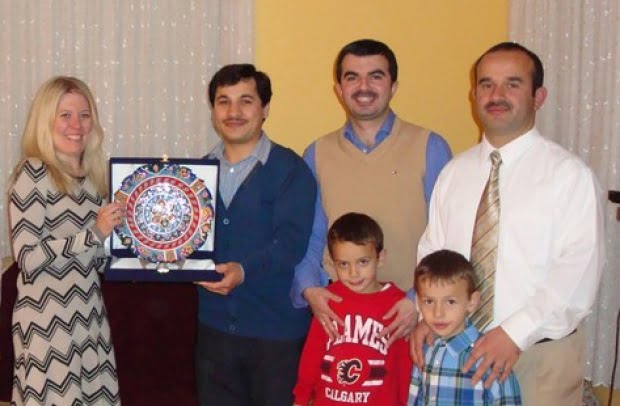 For a year, Calgary imam Davud Hanci has spent most of his days in solitary confinement in Turkey, accused of being a terrorist linked to failed 2016 coup attempt.

Last week, Hanci made his latest court appearance, which like many others before resulted in prosecutors working for the government of Turkish president Recep Tayyip Erdogan petitioning the judge for more time to gather evidence, leaving the the dual-Canadian and Turkish citizen the languish in prison, with no resolution in sight.

“They’re just holding him there and they don’t want to release him because they don’t have any real evidence,” said Malik Muradov, executive director of Calgary’s Intercultural Dialogue Institute and a friend of Hanci.

Hanci was arrested on July 23, 2016, a week after a failed military coup, accused in state media of being the right hand man of Fethullah Gulen, a U.S. cleric who is the founder of the Hizmet, an Islamic social and educational movement, labeled a terrorist organization by the Erdogan government in December 2015.

He remains imprisoned at a jail in Sakarya Province, east of Istanbul.

Family and associates of Hanci, who works as an imam for Correctional Service Canada, said he had returned to his homeland last summer along with his wife and two young sons to visit his father, who had been suffering with heart issues.

But he was soon swept up in mass arrests in the country during the aftermath of the failed coup, among the tens of thousands of Turkish citizens detained, among them journalists, educators and bureaucrats.

Following his arrest, Turkish media released photos of a man who looks like Hanci, suggesting he was from Pennsylvania and was working for U.S.-based Gulen, a longtime critic and former ally of Erdogan, a contention that perplexed family and friends who have steadfastly maintained his innocence.

Hansi’s wife, Rumeysa, has claimed that he was suffered psychological torture during his imprisonment and he has had minimal contact with family and limited access to his lawyer.

Most troubling for Muradov is the fact that through numerous appearances before a judge, he’s yet to be charged with any crimes, with state prosecutors continuing to delay the case as they attempt to find some evidence that would link him to the coup.

“It’s unbelievable what’s happening — it’s against international law and human rights that people are being persecuted for being associated with a movement,” said Muradov, who admits to being a devotee of the Hizmet movement.

“He should have been released by now. It’s been a year and he’s been in solitary confinement.

“I can’t imagine what he’s going through.”

Reached last week in Toronto, Hansi’s sister-in-law Ruveyda Durmus said his wife is still struggling with the extended detention, and the family fears speaking publicly about his case could be used against him by Turkish prosecutors.

Like Hansi’s family, Muradov said he’s also beginning to lose hope, and fears that his friend could remain imprisoned indefinitely.

“There are so many people now who are trapped in Turkey or in jail,” he said.

“It is painful, and there’s only one hope and that’s for God — there’s nothing else we can hope for to help him.”