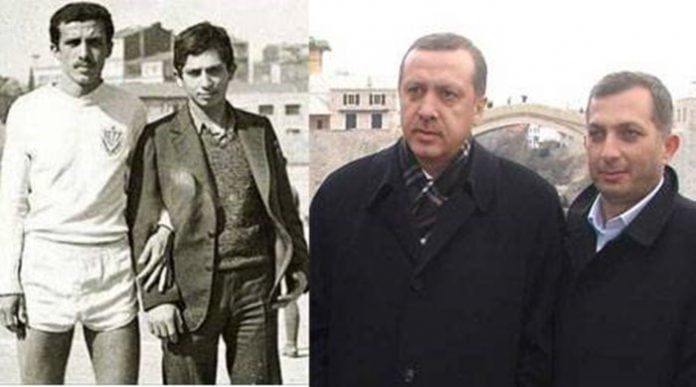 The Gülen movement is accused of orchestrating a botched coup attempt last summer, a claim the movement strongly denies.

Claiming that there was no way to get rid of Gülenists by calling them “imposters, liars and hypocrites,” Külünk, a close friend of President Recep Tayyip Erdoğan, said: “Turkey’s top religious officials should declare them apostates.”

Külünk, who spoke to journalists in the Turkish Parliament, said he would write letters to 100 religious scholars and ask them to declare followers of the Gülen movement apostates.

Konya Chamber of Real Estate Agents President Sedat Altınay said last week that real estate agents should have a system to prevent people with links to the faith-based Gülen movement from renting houses.

Last year, Nurettin Yıldız, a controversial cleric and a staunch supporter of President Erdoğan, demanded a fatwa from Turkey’s Religious Affairs Directorate (Diyanet) suggesting that supporters of US-based Turkish Islamic scholar Fethullah Gülen be executed, their opposing hands and feet be amputated or that they be exiled instead of keeping them in prison.

“The Diyanet cannot say it has done its part by ordering imams to recite salâ [call to the funeral prayer] on the night of the coup. The Religious Affairs High Commission must speak up about this [Gülen movement] group. If it is not able speak against it, it must declare the basic criterion [to punish them]. For example, how the Quran punishes those involved in terror in Surah al-Ma’idah. It says ‘Kill them, execute them, order their opposing hands and feet be cut off or exile them.’ There are no prison terms. The Religious Affairs Directorate and its high commission must direct the government [to punish Gülen followers]. This Muslim nation will have to feed those people [Gülen followers] for more than 20 years in prison. Thousands of people will be more of a burden to the state than a town is,” Yıldız said.

Earlier, Yıldız, the president of the Social Fabric Foundation (Sosyal Doku Vakfı), had sparked a public reaction after he argued that marrying a 6-year-old girl is legitimate.

In an interview with the state-owned Anadolu news agency, Yıldız voiced support for Erdoğan, saying that it was a requirement of his faith to support the president.

Yıldız himself admitted his connection to jihadist groups in Syria in a letter he wrote right after the leader of Ahrar al-Sham, Hassan Abboud, also known by the nom de guerre Abu Abdullah al-Hamawi, was killed in September 2014 in a suicide attack on a high-level meeting in Syria’s Idlib province.

The military coup attempt on July 15, 2016 killed 249 people and wounded more than a thousand others. Immediately after the putsch, the AKP government along with President Erdoğan pinned the blame on the Gülen movement and initiated a widespread purge aimed at cleansing sympathizers of the movement from within state institutions, dehumanizing its popular figures and putting them in custody.

“This a targeted war on a specific group of people in Turkey and to me that speaks to genocide,” said Vaugeois, the executive director of the Edmonton-based John Humphrey Centre for Peace & Human Rights.