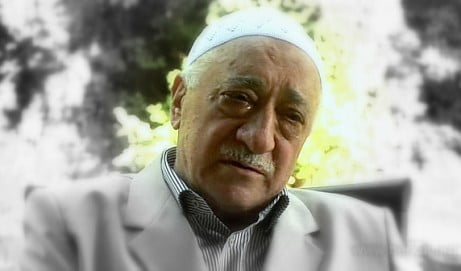 I also pray for those whose businesses have been either shut down or seized by the government. God in heaven, comfort them and let your light and glory be their pathway. Amen.

In the confinement of the four walls of my room, I sat in absolute bewilderment with the happenings in Turkey. I imagined the hardship, the physical and emotional torture of innocent people that have been clamped in prison in Turkey on unsubstantiated allegations of plotting a coup. I was left with no choice but to pray for the victims of Turkey. I encourage you reading to say a word of prayer for them too.

Turkey has been in the news since the unfortunate coup attempt of July 15, 2016. In my opinion, the country has drifted from a democracy into autocracy. I say this because, since the coup attempt, the state of an emergency rule introduced by the president provided him the long-awaited opportunity to be of disservice to the people of Turkey.

Also, the massive purges carried out by the government have led to a remarkable dearth in the health and educational institutions in Turkey. Those that were fortunate were able to leave the country in droves. Those that were not lucky were rounded up and thrown into prison.

We are talking about professors, doctors, teachers, and other highly resourceful people other countries would wish to have.

As a fact, Turkey is now the number one country for applications from under-threat scholars seeking safety in Western universities, according to Scholar Rescue Fund and Council for At-Risk Academics, two of the world’s leading charities that help at-risk academics.

As at the last count, close to 1300 schools have been shut down, 15 universities also closed. 54 hospitals closed down. 8,271 academics have lost their jobs. This is aside from other scary figures of the number of media outlets and charity organizations that have been shut down by the government. This is quite frightening.

I will give one sad example: Kim Se Yokmu (KYM) Foundation is one of the biggest charity organizations in the world. KYM is involved in many projects all over the world to bring relief to disaster-stricken areas, provide essential resources to areas in need, and establish schools and medical facilities in areas that lack such vital services. The KYM has been shut down by the Turkish authorities. Can you believe that?

In Turkey today, the fastest way to prison is to call the name Fethullah Gulen only. If you commit murder, you won’t be sent to prison because the jail spaces are meant for critics and perceived enemies of the president.

Interestingly I learned the government is planning to build additional 174 prisons over the space of five years to accommodate more people.

For some of us who have devoted time and energy to research on the Hizmet movement, it smacks of nothing but evil intent to label the Hizmet movement a terrorist organization. Little wonder why Mr. Bruno Karl, head of German Intelligence Agency (BND) said the BND could not find a direct link between what Turkey calls the Gülenist Terror Group (FETÖ) and the coup attempt.

Similarly, Congressman Devin Nunes, chairman of the Intelligence Committee of the US Congress, said he hadn’t seen evidence that suggests Fethullah Gulen was involved in failed coup.

Hear Fethullah Gulen: “Ever since I was a child, I have believed that the greatest service to humanity has to go through education, that all of the humanity has to be embraced, that pursuing tolerance and dialog are critical, and that everyone must be accepted just as they are.

I believe in being tolerant and approving of everyone, as these are necessary ingredients for preventing internal social divisions and strong barriers against the outbreak of conflict.” I am afraid that for such a personality and the people he inspires through his teachings to be labelled as terrorists or behind a coup attempt can best be described as absurd.

What is happening in Turkey is perhaps the largest clampdown in modern Turkish history. Else how do you explain the closure of hospitals including dialysis centers? How do you also account for the closure of schools, universities, and dormitories? What is the relationship between a coup and a hospital or school? How can you also explain the arrest and imprisonment of teachers, doctors, nurses, professors, journalists, judges, and prosecutors, etc.? It doesn’t add up to me and likewise many others.

At times I imagine the academic and health resources languishing in Turkish prisons that I very much fear for Turkey. That is not all; there is also an aggressive drive to annihilate participants of the Hizmet movement in Turkey and outside Turkey.

For the ones doing legitimate businesses outside Turkey, there is an ongoing campaign to pressure countries to close down their firms that consist of mainly schools and hospitals, and in some instances, the Turkish authorities are demanding the transfer of these institutions to a government organization called Maarif foundation. This is another absurdity.

They didn’t stop there. There have been cases of kidnaps and deportation of Turkish nationals from some countries to Turkey. It happened in Malaysia, Georgia, Myanmar and Thailand.

Only recently, the United Nations Human Rights office expressed grave concern over the deportation of a Turkish teacher in Myanmar Muhammet Furkan Sokmen by Myanmar. The United Nations Human Rights office said the extradition to Turkey of Muhammet Furkan Sokmen, was one of an increasing number of cases of Turkish nationals singled out by Turkish authorities over suspected links to the U.S.-based Muslim cleric Fethullah Gulen.

This terror is also rearing its ugly head in some African countries including Nigeria. The case of Nigeria almost denigrated into a diplomatic row between both countries when the Nigerian government rejected the request for the closure of Turkish schools in Nigeria for lacking in merit.

In retaliation, the Turkish authorities detained and deported Nigerian students studying in Turkey. Till date, the quest to ensure that these schools and hospitals are either closed down or ruined has not relented. Why? Some secret service agents from Turkey have been profiling Hizmet movement participants in Nigeria.

I cannot categorically comment on the possibility of an abduction and forcible deportation, but the threat is real, and I think it is something the relevant security agencies in Nigeria have to look into carefully.

I also think the international community must rise to the occasion and demand respect for the rights and privileges of those detained in Turkey.

They must take a collective action towards calling President Recep Erdogan to discontinue the repression of his people, especially participants of the Hizmet movement. Hundreds of thousands of lives and businesses have been ruined already.

Fethullah Gulen recently penned an emotional article titled “The Turkey I no longer Know” in the article you could sense his disappointment and pain.

He said “ Since July 15, following a deplorable coup attempt, Turkish President Recep Tayyip Erdogan has systematically persecuted innocent people — arresting, detaining, firing and otherwise ruining the lives of more than 300,000 Turkish citizens, be they Kurds, Alevis, secularists, leftists, journalists, academics or participants of Hizmet, the peaceful humanitarian movement with which I am associated.”

“The Turkish government must stop the repression of its people and redress the rights of individuals who have been wronged by Erdogan without due process.” This is my prayer for the victims of Turkey.

*Ocheja is an Alumnus of the Nigerian Defence Academy

Ahmet Dönmez, a leading correspondent based in Ankara with the Zaman daily who was sharply rebuked by Prime Minister Recep Tayyip Erdoğan after asking him a question about recent allegations of corruption during a press conference on Feb. 12 and who was proclaimed both a national hero and a traitor on social media outlets shortly thereafter, says that he was also reproached by Erdoğan once before and that this is indicative of the state of journalism in Turkey.