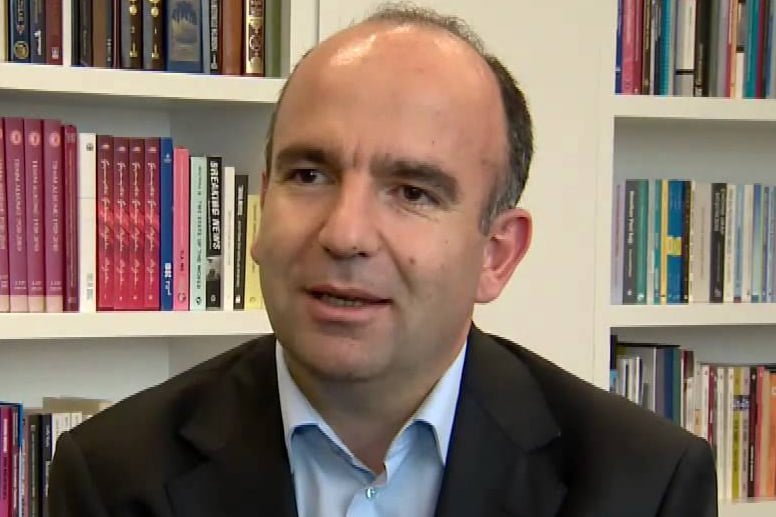 When he said, “Peace is in itself goodness, and peace brings happiness,” Fethullah Gülen, a well-respected Turkish Islamic scholar, made a deep impact on the public debate revolving around the new peace process which started with the negotiations between the National Intelligence Organization (MİT) and Kurdistan Workers’ Party (PKK) leader Abdullah Öcalan, who is currently serving a life term on İmralı Island off the coast of İstanbul.

At a time when the minds of many people were confused, Gülen, as an opinion leader, referred to the Qur’anic verse, “Peaceful settlement is better” (Sura an-Nisa, 4:28) as well as to the Peace Treaty of Hudaybiya, a major turning point in the history of Islam, in stressing the significance of peace, and this is certainly a great contribution to the settlement of Turkey’s top issue.

Aside from the usual efforts by certain marginal groups to distort his words, his message was generally welcomed positively. The most interesting of the comments made about Gülen’s words were by those who were surprised by the most expected words from a person who has made it his habit to give messages of peace and dialogue in Turkey and in the international arenas and to support projects that seek to reinforce peace and dialogue. This is really interesting because the comments of these people imply that they expect Gülen not to lend support to this process and even to feel uneasy about such developments. These perception is perhaps the outcome of systematic defamation campaigns extending from “cosmic rooms” to international lobbies.

Whatever the case, the perception that Gülen and the Hizmet movement would not be warm to a historic opportunity for a solution to a major conflict in Turkey is essentially flawed. Indeed, 21 years ago, this movement made its public appearance with a peaceful vision, which may even be considered utopian, of bringing together people of different ideologies and life styles like Toktamış Ateş and Barış Manço or Kasım Gülek and Abdurrahman Dilipak. The headline story about that famous meeting held at Dedeman Hotel on June 29, 1994 quoted Gülen as saying, “There will be no turning back from democracy.” At that time, neither the coup of Feb. 28 nor the 9/11 attacks had occurred. And Gülen’s words sounded extremely revolutionary for Islamic movements.

What worried Gülen in those years was about the “clash of civilizations” scenario, voiced by Samuel Huntington, and its hair-raising consequences. Gülen proposed to create “islands of peace” in various parts around the globe, and he encouraged people who wouldn’t refuse him to go to various places including Siberia, Papua New Guinea, Africa, and the Americas to create those islands of peace. When Gülen met Greek Orthodox Patriarch Bartholomew in 1996 and with the Pope in 1998, this was perceived by the pious Muslims of Turkey as far too progressive, and he was harshly criticized by Muslims at the time.

He also inspired the Abant Platform, which sought to regularly bring together Turkish, Kurdish, Islamist, Alevi, agnostic, liberal, Armenian, secular and nationalist intellectuals to discuss the main issues in the country. These preliminary steps to gather practitioners of different faiths and followers of different ideologies together later evolved into fast-breaking dinners, award ceremonies and conferences.

He exerted unceasing efforts to eliminate the coldness and alienation between Alevis and Sunnis, and in this the context, he, in his capacity as a Muslim scholar, refuted the oft-parroted “mum söndü” libel (the candle was blown out) — a phrase used to refer to Alevi religious ceremonies pejoratively and in which participants supposedly turn to debauchery and incest when the candle is blown out.

Gülen has complained that Kurds were denied their right to education in their mother tongue. “Why isn’t Kurdish allowed to be taught in school? In the schools run by Turkish entrepreneurs in various countries across the globe, even in the US, Turkish is taught as an optional course and no one raises an objection to it. This is one of the characteristics of being a great state,” he said in October 2011.

When asked “What is the primary goal of the Hizmet movement?” by Mehmet Gündem of Milliyet newspaper during an interview seven years ago, Gülen said: “We seek to find the ways of agreement and reconciliation to bury the hatchet and place heavy stones on it and to prioritize peace, tranquility and harmony.”