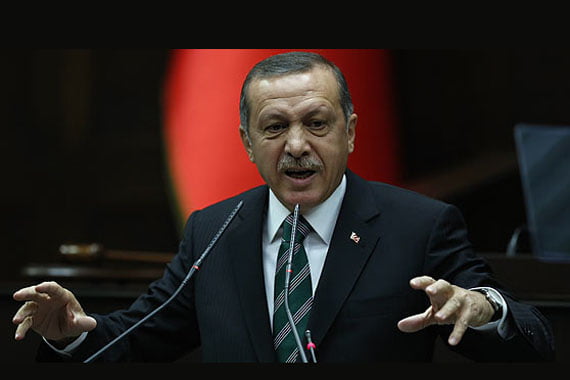 Ever since a draft law about shutting private prep schools was leaked to the press, I was somehow hoping that this idea had not originated with Prime Minister Recep Tayyip Erdoğan himself but from one of his close aides, or perhaps a few of them.

On the night of Nov. 20, Erdoğan, speaking on a TV program, proved that he will not hesitate to undermine the rule of law he helped strengthen in the first seven years of his government. Despite the fact that such a significant change in education policy will negatively affect students and their families, both socially and economically, and the fact that it runs entirely against the fundamental freedom of enterprise, he demonstrated with strongly-worded statements that he will not yield to the demands of the people.

If we have enough time in this world, we will witness what his attitude, which alienates large communities of people, will bring to him and his Justice and Development Party (AK Party). My guess, in the most diplomatic words, is that he will wish he had continued to listen to the people as he had in previous years.

According to his words of Nov. 20, thousands of private prep schools providing supplementary educational support will be forced to end business next year, if the draft law is maintained, and will be transformed, if possible, into private schools that follow the national education curriculum. The idea, said Erdoğan, is to allow everyone access to quality education without additional expense. I admit that his rhetoric sounds good, but from the outset I see a number of flaws in this plan.

These prep schools are operating in a free-market economy and have emerged from a need and demand from the people. In a country where 1.5 million students take a centralized exam each year to enter a decent university/faculty but only a tenth — at most — are able to do so, the competition for educational success is a reality. You simply cannot defeat this just by thinking otherwise. There must be a coherent education policy and huge investments in place.

Aside from a qualitative upgrade, there is an obvious need for quantitative development, that is — in the simplest possible terms — a greater number of universities. In the absence of at least 10 times more fully equipped, sufficiently staffed universities than it currently has, Turkey will continue as a country in which students race each other for precious places in the existing faculties. And as long as there is competition, there will be a need for private tuition. This is exactly what those prep schools supply at the end of the day: It is supply and demand, as simple as that.

That being said, let us imagine that the government somehow goes ahead with its plan to close the prep schools. Families will then start looking elsewhere for more educational support, because they have to. One-on-one private tuition seems to be a good option for them. But it is expensive: much more expensive than a prep school. A simple calculation shows that, on average, families will have to pay at least three times more for private tutoring than they now pay for education at prep schools. I don’t know about you, but this plan seems entirely counterproductive.

Therefore, I believe that this fight against common sense and all the friendly advice many intellectuals have offered is bound to fail. It is not going to work, because the proposal does not make any sense and it is against the law.

An open challenge to the government

However, pro-government media circles believe otherwise. They say that when the government runs to the people’s aid with the free-of-charge Community Education Centers (Halk Eğitim Merkezleri, as they are called in Turkish), people will have the necessary support for their children’s education needs. They don’t seem to understand the meaning of the words “more” or “better,” but I have an idea, a democratic one, unlike the prime minister’s idea, to put their argument to the test.

I propose that the government should go ahead and establish those free centers, thousands of them, everywhere in the country and allow them to compete with the existing prep schools that are charging students for their classes. If the people choose to send their kids to those centers instead of the prep schools, then there is no problem. A simple supply-and-demand mechanism will have worked and the government will have removed the prep schools. Furthermore, the rule of law in this country will not have received yet another blow.

But if people still prefer those private institutions, and I believe an overwhelming majority of them will, then those in power must be just another group of condescending statists enforcing their ambiguous agenda on the people. I expect to hear the government’s response.

Turkish President Recep Tayyip Erdoğan visited a few African nations, among them Somalia and Ethiopia. When looking at his media mouthpieces’ coverage of the trip and his declarations, it seems the primary reason of his trip was to “tell” the African nations to close schools that were established by civil society groups and private companies affiliated with the Hizmet movement.