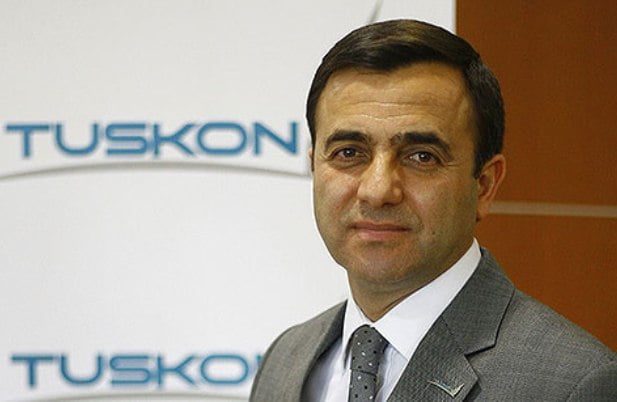 Addressing a meeting in İstanbul, Turkish Confederation of Businessmen and Industrialists (TUSKON) Chairman Rıza Nur Meral invited Erdoğan, who had called on the Hizmet movement to form a political party, to “join trade and make his own money in equal competition with other market players.” Meral did not name Erdoğan directly.

“Politics is a platform where you serve the people. It is not the place to make money or build a fortune. Businessmen are calling on those who tell nongovernmental organizations to form a political party to enter the business world to make money,” Meral said.

Meral’s strong words follow the prime minister’s harsh rhetoric and accusations against the Hizmet movement. Hizmet, a volunteer-based grassroots movement working around the world, particularly in the field of education, which aims to spread interfaith dialogue and is inspired by Turkish Islamic scholar Fethullah Gülen, has recently come under attack from Erdoğan. This was followed by a defamation campaign in the pro-government media targeting Hizmet. Erdoğan’s inflammatory remarks against the group, including numerous insults and threats, has received criticism from various NGOs and opposition parties.

Erdoğan’s efforts to cover up serious corruption charges directed at him and close friends and family have led to the resignation of five deputies from the ruling Justice and Development Party (AK Party).

Observers and market players warned that Turkey is at risk of losing foreign investments as long as there is no respect for the rule of law, legal codes conflict with European Union rules and companies are pressured through tax fines.

Erdoğan has alleged that the Hizmet movement is working to undermine his political power but has provided no sound evidence to prove his claim. The Hizmet movement has so far dismissed all claims fabricated by the pro-government media and used by Erdoğan as “baseless.”

TUSKON has had its share of provocative media reports. Meral told the media on Friday of last week that TUSKON had been threatened with being “wiped off the market” by the government after the confederation made critical statements about government policies.

Regarding earlier media reports criticizing TUSKON’s lobbying efforts for Turkish firms abroad, Meral said during Saturday’s meeting that the confederation has always supported Turkish businessmen who want to branch out into global markets. “We will continue our support [for Turkish entrepreneurs],” Meral added.

Meral said they were surprised to see Erdoğan, who had lauded TUSKON’s works as recently as the previous TUSKON general assembly meeting, attacking the confederation today. “It is the basic right of this country’s taxpayers to know where state funds are going. Why should this be regarded as opposition or a conspiracy against the government?” Meral asked.

One of the controversial regulations made by the AK Party was a change to a law regulating the Court of Accounts, which audits the finances of public bodies and is arguably one of the most important organs to ensure honest and transparent public expenditure. A Parliament decision earlier this year ruled that audit reports on public institutions will not be sent to Parliament, thereby making it much more difficult for the opposition parties in Parliament and the public to monitor public institutions.

Referring to the harsh insults uttered by Erdoğan against volunteers in the Hizmet movement, Meral said people should not be disheartened but should continue their charity work as they did in the past. “We will find out who deserved these insults and who is guilty of telling lies to this country’s citizens in the near future.”

Meral also underlined that TUSKON is not afraid of threats and will continue to work hard to offer solutions for Turkey’s political, social and economic issues.

The Erdoğan government is known for its exploitation of inspections and red tape to put pressure on those with views critical of its policies. The government frequently uses inspections to punish those companies that are critical of the government. Gold mining company Koza Altın A.Ş. and one of the country’s largest conglomerates, Koç Holding, are the most recent examples of companies which have come under heavy government pressure. Erdoğan openly says during election rallies that he will continue with efforts to circumvent, silence and subordinate the opposition with new measures.

A similar attempt of crackdown on a firm affiliated with Hizmet was recently seen with Bank Asya. Some state companies and institutions are said to have withdrawn massive amounts of money from participation bank Bank Asya in order to push it into insolvency by choking its liquidity position. National flag carrier Turkish Airlines (THY) Chairman Hamdi Topçu had confirmed last week that it was one of these state firms.

TUSKON has organized 19 World Trade Bridges between 2006 and 2013, and around 70,000 businessmen from Turkey and all around the world have had the opportunity to come together to establish trade bridges at these events.

A nongovernmental and non-profit umbrella organization for seven business federations, 211 business associations and more than 55,000 entrepreneurs from all over the country, TUSKON is the most effective business group representing Turkey abroad. It was set up in 2005 and has concentrated on Turkey’s economic and social development. It has four foreign representation offices, in Brussels, Washington, Moscow and Beijing, and partner organizations in a further 140 different countries. It now boasts the strongest domestic and international business network in Turkey.

Turkey’s Interior Ministry has paid more than 19 million Turkish lira to 249 people who provided information leading to the arrest or were instrumental in the death of supporters of the faith-based Gülen movement, a pro-government newspaper reported on Tuesday.