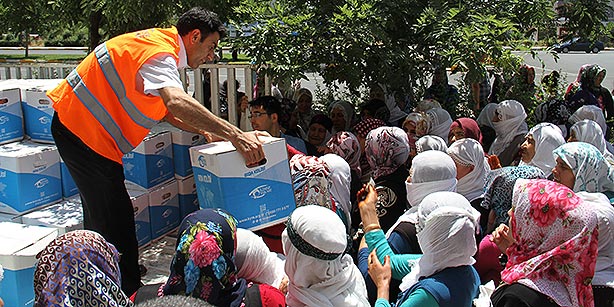 Orphans were provided with clothes and toys while the families were given food packages. The KYM will continue to help its Ramadan campaign until the end of the month.

Recep Tanış, head of KYM Diyarbakır branch, stated that they conduct aid campaigns every year thanks to the help of the benevolent people.