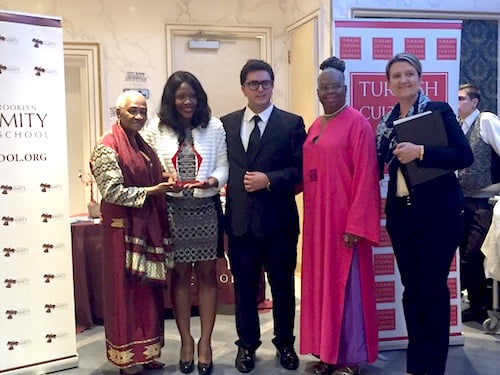 The event was held at the Baku Palace Restaurant, 2001 Emmons Avenue in Sheepshead Bay. Among the awards doled out were for peace, leadership, community service and interfaith Dialogue. 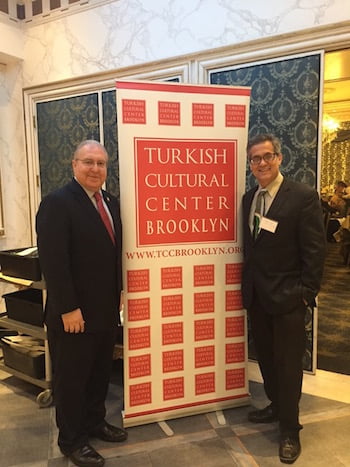 Turkish Cultural Center Brooklyn Executive Director M. Fethullah Onal said this year’s dinner had special significance as it comes on the heels of the recent election of Turkey President Recep Tayyio Erdogan. The election consolidated the authoritative power of Erdogan and resulted in thousands of arrests. Onal and the Turkish Cultural Center of Brooklyn is part of the Turkish opposition to this regime.

When asked about the unique social dynamic of Sheepshead Bay, Assembly member Steven Cymbrowitz commented on the Turkish community’s practices of inclusivity. “The Turkish Cultural Center and the Turkish-Americans in Sheepshead Bay have made a significant effort to be part of the community.  They’ve partaken in Jewish events and in Christian events,” said Cymbrowitz. “They partake in my holocaust event, they partake in giving away food to the needy, not just to those who are from Turkey or other Islamic countries, but to anyone who needs it.  They are very special people,” added Cymbrowitz. 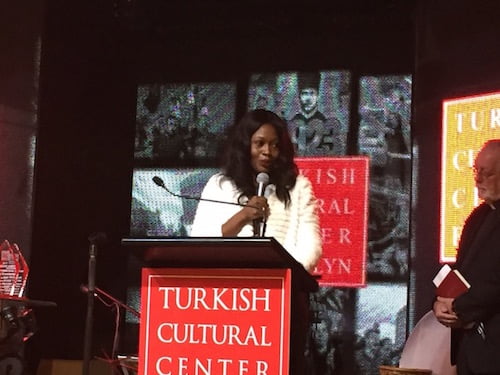 Assembly member Diana C. Richardson (D) was awarded the Center’s award for community service. “Unfortunately in the vote, love didn’t Trump hate,” said Assembly member Richardson. “The power of the people is stronger than any weapon that can be formed against us. I stand here tonight to say no to hate.  I stand here tonight to say I stand with the Turkish community.”

The Center also acknowledged Nancy Tong, (D) the 47th District leader with its Carrier Excellence Award, Cindy Greenberg with its Leadership Award and the Interfaith Dialogue Award was granted to the Midwood Jewish Center and Our Lady of Refuge Church. Former Council member Una Clarke (D) and Assembly member Latrice Walker (D) were also in attendance.