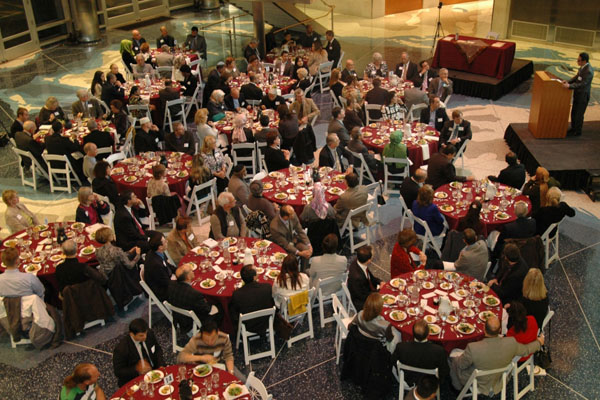 Multicultural Mosaic Foundation in Denver, Colorado, recently held its traditional Dialogue and Friendship Dinner at one of the city’s prestigious venues, Cable Center. Having the author-journalist Mustafa Akyol, on his “Islam without Extremes” promotion tour, as its keynote speaker, the event saw the attendance of several assembly members and senators of the states Colorado and Wyoming. Celal Afsar, a Turkish philanthropist and businessmen, was the honorary guest of the night.

Ismail Akbulut, Multicultural Mosaic Foundation President, in his address, reviewed the foundation’s activities and mission since its outset. Next, Mustafa Akyol took the floor to speak on his book “Islam without Extremes.” In parallel with the book, Akyol argued media can lead to misunderstandings with its portrayal of cultures and communities. He claimed that the acts by extremist groups dominate the media coverage on Islam is the reason behind the Westerners’ negative view of Muslims. That said, Akyol underscored that media people should make a self-criticism and function as bridges between communities and religions, in order to be able to eliminate that negative perception.

The bans and wrong practices against women in certain Middle Eastern countries, Akyol concluded, result from misinterpretation of the Prophet Muhammad’s tradition and the long-established, authoritarian culture in the region. The very same authoritarian notion makes itself evident in Turkey’s understanding of secularism, Akyol noted. He therefore urged that the Qur’an and prophetic traditions need to be re-interpreted for advancement of Muslim communities. “Faith can only be offered but not imposed,” Akyol added.

The event came to a close with a calligraphy demonstration.