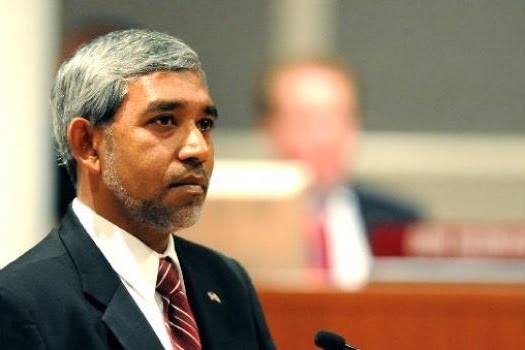 I serve on the board of Atlantic Institute of Jacksonville, whose mission is to promote diversity and inclusion through engagement and dialogue. Atlantic Institute was founded by members of the Hizmet (Service) movement led by Fethullah Gulen, who lives a reclusive life in Pennsylvania. Turkey wants Gulen extradited because of his alleged but unproven links to last summer’s unsuccessful coup. The Obama administration, despite the geo-strategic importance of Turkey, remained unconvinced that Gulen was behind the coup.

But, let me backtrack. During my many visits to Turkey, I came away with the impression that Turks are very proud of their national identity. The current Islamist-rooted Justice and Development Party (AKP) government has conflated this nationalistic fervor with the old Ottoman spirit, where Turks had this inflated self-image as the guardians of Islam. AKP’s attitude is often, perhaps unwittingly and maybe naively, aided and abetted by its many external enablers.

When AKP officials visit the U.S., they are often given red-carpet welcome by leading American Muslim groups, such as the Council on American-Islamic Relations (CAIR) and Islamic Society of North America (ISNA), among others. CAIR’s Nihad Awad hailed AKP’s recent election victory, saying, “Turkey is a shiny example and will continue to guide Muslims all around the World.” Such undeserved validation has only emboldened the AKP government of Recep Tayyip Erdogan to turn a deaf ear to its many human rights violations at home and increasingly interfere in the domestic civic affairs of other countries.

Last year under pressure from Turkey, the Pakistani government tried to expel from their country several Turkish teachers in the PakTurk International School. Many of these teachers have been living in Pakistan for well over a decade with deep family roots. The Turkish government, with no proof, alleged that about 400 Turkish teachers in Pakistan, who despite being hundreds of miles away from Turkey, were somehow connected to the failed military coup. In the U.S., an interference of different sort is at work.

Recently, along with all board members at Atlantic Institute of Jacksonville, I received an alarming letter from the Turkish Consulate in Miami signed by Counsel General Ozgur Altan. The letter describes the Hizmet (Gulen) movement as an “armed cult” and warned us that Gulen followers are striving to “infiltrate the civil society” through interfaith dialogue.

Accompanying the letter was dossier chronicling AKP’s version of the Turkish coup that has been disputed by intelligence agencies in Europe. In addition, the package contained a flash drive on a business card-sized plastic with the following written in all caps, “COUP ATTEMPT IN TURKEY – WHAT HAPPENED ON JULY 15.”

In my nearly a decade working with Gulen followers in the U.S., I have not encountered anyone carrying a gun much less talking about armed revolutions. Gulen followers practice a brand of Islam that is marked by Sufi spiritualism and are dedicated to serving local communities through their network of schools and other civic society organizations. One has to engage in mind bending tricks to believe that interfaith dialogue can be a vehicle to “infiltrate” civil society. This is alarmist at best and insidious at worst.

Such fear mongering from the Turkish government is oddly reminiscent of tactics anti-Muslim groups routinely use to undermine Muslims in America. One favorite ploy is to hysterically assert an impending Muslim takeover of American institutions with the secret intention of implementing Shariah law. When a Muslim attempts to civically engage by joining boards and commissions or run for public office, a constellation of anti-Muslim hate groups send out dossiers chronicling in grave tone and with unsubstantiated evidence the dangers of Muslim civic engagement, very much like the dossier the Turkish consulate sent to me, my fellow board members and to several elected officials in my city.

Having suffered through such hate mongering, I am particularly sensitive to such shadowy campaigns. In 2010, ACT for America, described by the Southern Poverty Law Center as America’s largest anti-Muslim group, conducted a virulent but ultimately unsuccessful campaign to block my nomination to Jacksonville’s Human Rights Commission.

Why is the AKP government, which is viewed by their followers and sympathizers as exemplars of Islam, adopting tactics favored by anti-Muslim groups? Why does a foreign government feel obliged to warn U.S. citizens about “infiltration”? Is the U.S. government not capable to keeping its own citizens safe?

There is an understandable weariness about Erdogan, particularly since revelations that his son-in-law conspired with ousted National Security Advisor Michael Flynn to kidnap Gulen from his home in Pennsylvania and whisk him out of the U.S. back to Turkey. Erdogan’s witch hunt against the Hizmet movement, shutting down scores of schools, banks, newspapers, and hospitals run by Hizmet members in Turkey, has now lapped up against our shores just as it has done in Pakistan and many other countries.

Any American Muslim organization that affords the Erdogan government the cover of normalcy should be viewed as complicit in enabling Erdogan’s lurch towards an illiberal democracy.