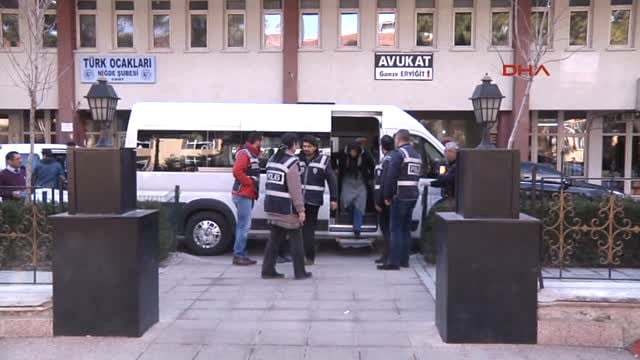 Turkish police on Thursday detained 35 lawyers who are defending suspects accused of links to the Gülen movement in several ongoing trials.

Arrest warrants were issued for 80 lawyers, and 35 of them were detained in house raids across Turkey.

Turkey has been conducting a massive crackdown against real and perceived sympathizers of the Gülen movement that gained momentum particularly after a failed coup on July 15.

The Zaman and Today’s Zaman dailies, as well as three Zaman supplements, have received perfection awards from the World Association of Newspapers and News Publishers (WAN-IFRA), which were announced at the World Publishing Expo 2014 in Amsterdam. During the exposition, the results of the International Newspaper Color Quality Club (INCQC) — which is the only worldwide quality printing competition among newspapers, held biennially — were announced.