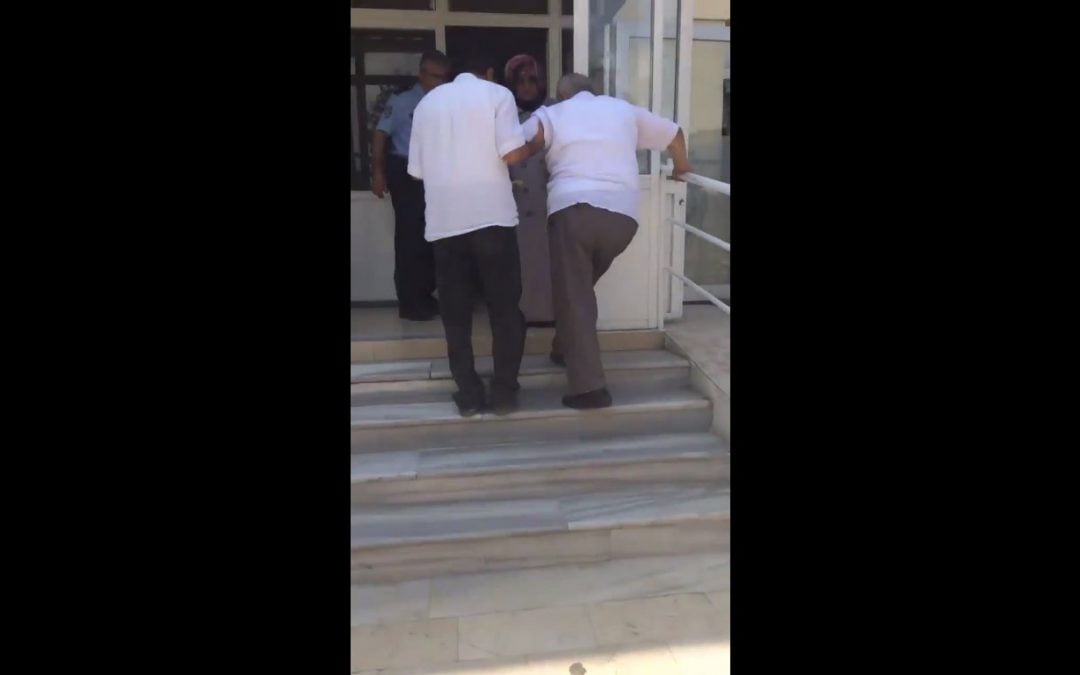 A video footage, posted by Karahan’s grandson on Twitter, shows the moment a police officer in plain clothes walks Karahan into a building where he will be testifying before a judge.

Karahan is accused of “being a member of the Gülen group.”

According to the grandson’s tweets, Karahan was arrested by an Isparta court after the failed coup and was sent to a prison in Isparta’s Yalvaç district.

Karahan has advanced-stage prostate cancer and has only one kidney.

The movement denies any involvement. However, the Turkish gov’t initiated a widespread purge aimed at cleansing sympathizers of the movement from within state institutions, dehumanizing its popular figures and putting them in custody.

A total of 7,316 academics were dismissed, and 4,070 judges and prosecutors were purged over alleged coup involvement or terrorist links.