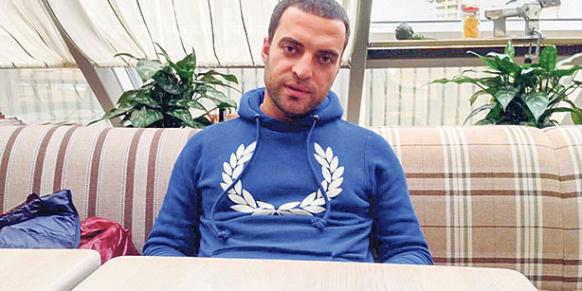 A 35-year-old man has been killed in Yalova province by a drug addict on the grounds that the victim was a follower of the faith-based Hizmet movement, against which the government of Prime Minister Recep Tayyip Erdoğan has declared battle since last year, and because he was a critic of Erdoğan. The incident, which took place in Yalova’s Çiftlikköy neighborhood three weeks ago, came to the public’s attention over the weekend. Mehmet Fatih Öğrü, a warden at a prison in Bursa province’s Gemlik district, was shot to death with an unlicensed gun by a man identified as Adnan Kibritçi. It has been discovered that Kibritçi is a drug addict with mental health problems. Öğrü and Kibritçi had apparently quarreled over political issues. When Öğrü said he was not planning to vote for Erdoğan in Sunday’s presidential elections because he was disturbed by Erdoğan’s policies toward the Hizmet movement, Kibritçi reportedly became very angry and resorted to using his gun. Erdoğan, who ran for president in Sunday’s elections, has been using hostile language against the Hizmet movement, which he accuses of being behind a corruption probe implicating senior government officials. During rallies both for the March 30 local elections and Sunday’s presidential election, Erdoğan directly targeted the movement and Islamic scholar Fethullah Gülen with insulting remarks, and had crowds boo them. Kibritçi, who was detained following the incident, said in his initial testimony to the police that he killed Öğrü because he was a “Fethullahçı” [a follower of the Hizmet movement] and because he had criticized Erdoğan. “I have no regrets about what happened, because those people are Jews who abuse our people through religion,” Kibritçi told the police. Kibritçi also claimed that Öğrü owed him some money and that he was a drug addict, but his claims have been refuted by Öğrü’s brother, Beyazıt. Beyazıt said the claim about his brother being a drug addict is nothing more than slander. He noted that that blood samples have been sent to the Council of Forensic Medicine (ATK) and that tests will reveal that his brother did not use drugs. Beyazıt Öğrü also said it was Kibritçi who had borrowed money and that his brother had helped Kibritçi on many occasions. “My brother knew the suspect for 10 months. When he [Kibritçi] went into a crisis [because of] using drugs, my brother was the only one who helped him. When I asked him why he was helping him, he said, ‘Should we also turn our backs on him?’ My brother used to extend help to everyone who needed it in our town. If you [can] find three people who say negative things about him, I will leave the country,” said the brother. Öğrü also complained about the divisive and bellicose language that Erdoğan has been using in recent months. He said the hateful language employed by Erdoğan is leading to conflicts among people and that relations among friends and relatives have deteriorated due to the prime minister’s discourse. Öğrü is survived by a wife and son.

İPEK ÜZÜM A grand inauguration ceremony was held at 19 Mayıs Stadium in Ankara on Saturday night for the 11th International Turkish Language Olympiad, a festival that celebrates the Turkish language and this year brought together 2,000 students from 140 countries around the world. The 11th Olympiad, which is organized by the International Turkish Education […]