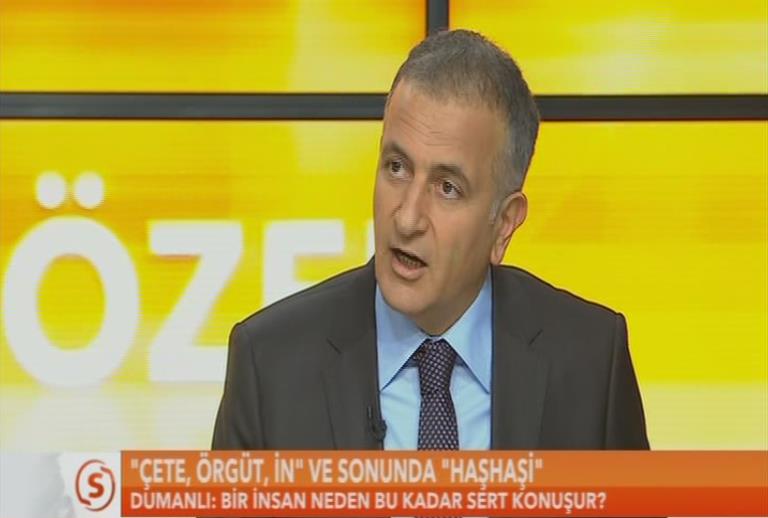 Zaman Editor-in-Chief Ekrem Dumanlı commented on the accusations directed at the Hizmet Movement, inspired by Islamic scholar Fethullah Gülen, naming some labelings to the members of the movement as very disappointing.

Speaking during a TV program on Friday evening, Dumanlı mentioned Prime Minister Recep Tayyip Erdoğan’s likening members of the Hizmet Movement to a shady group in the past.

On Tuesday, Erdoğan again accused the Hizmet movement of orchestrating a wide-reaching corruption and bribery investigation which has implicated some members of the Justice and Development Party (AK Party) government. The Prime Minister likened the Hizmet movement to the Hashishin, or Hashashim, a religious sect of Shia Muslims originating from Persia, which was received great criticism by many intellectuals including politicians and historians. The group, thought to have been active between the 11th and 13th centuries, reportedly carried out politically motivated assassinations after consuming hashish.

“There is a great disappointment. It is hurtful for government to ascribe people, whom it praised and applaud until yesterday, some unpleasant accusations. We are totally disappointed I do not know if religious and sociological outcomes are taken into account while stirring controversy in the country,” said the writer.

Dumanlı also reminded that the government deems Hizmet Movement as an illegal group but until recently the government has had close relationships with the Hizmet. “Did not you want to meet with Gülen in May? And did not you send Bülent Arınç when the meeting did not take place? Slandering people so much hurts consciences of the people,” said Dumanlı referring to Erdoğan.

Dumanlı also commmented on the “parallel state” allegations against the Hizmet Movement after the far-reaching corruption scandal. “These [allegations] are all a black propaganda. It is very unpleasant to label people without any concrete evidence.

The writer stressed that election ballot is not everything saying that the AK Party put its all effect to the elections. Naming people as the tool of the external powers wıthout any concrete evidence violates rights of millions of people who can claim their right afterlife,” added Dumanlı.