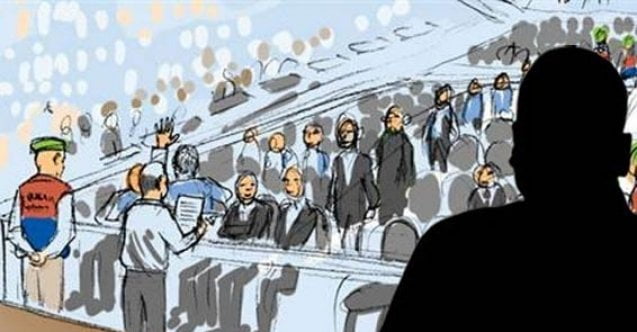 An anonymous witness in Denizli failed to identify any of the 145 suspects, earlier accused of being followers of the Gulen movement, during a court hearing on Oct. 30.

The secret witness, called Aslan, told during the court appearance that he doesn’t know the suspects by name but that he is sure about their affiliations to the movement.

“If you tell me all the names, I will tell you the ones that I knew,” Aslan said.

The judge in charge loudly read the names, however Aslan did not remember any of them. The judge asked: “Did you tip off about some names during your statement to the prosecutor, is that right?” and Aslan responded positively.

Another witness, named as Battal, said he knew only two of the suspects. “I have known M.C.P. for long. I have never seen him attending to gatherings by the terrorist organization. And about T.I., I know him as a follower of the F..O who attended their gatherings and volunteered as a host in some events organized by them. I saw him attending to those gatherings for many times,” he said.

145 suspects in Denizli, mostly businessmen, are accused of links to the movement, which the government blames for the July 15, 2016 coup attempt and considers a terrorist organization. 79 of those suspects were remanded in prison pending trial while the remaining are subject to trial without arrest.

The movement denies role in the failed takeover and terror accusations.

Already jailed more than 55,000 people over Gulen links, President Recep Tayyip Erdogan earlier called on citizens to report Gulenists to police whenever they see one. Friends, colleagues and even spouses are reporting each other to law enforcement in Turkey as polarization in the society has intensified since the July 15 coup attempt. In one occasion, a man in a small Aegean district of Turkey turned his girlfriend in to the police, alleging she is a Gülen movement sympathizer, after his proposal of marriage was rejected.