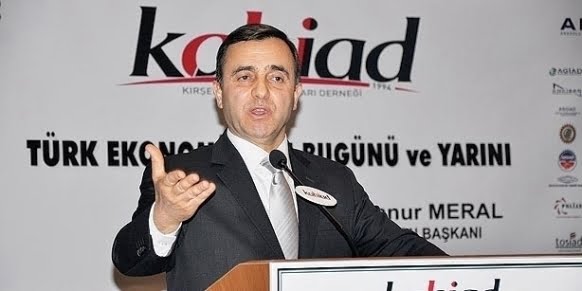 Turkey’s leading business conglomerate has denied reports of mass resignations following a recent corruption scandal, vowing to sue pro-government Yeni Şafak for fabricating false information.The Turkish Confederation of Businessmen and Industrialists (TUSKON) has described the news report as “completely false” and said in a statement on Wednesday that it is part of a “slander campaign” to defame the confederation by the pro-government media.

The group said it is a “normal situation” that members sign up or leave the membership on their own will, denying any recent mass resignations related to the Dec. 17 graft investigation.

Dismissing facts indicated in the Yeni Şafak’s story, the TUSKON said in the statement that 133 members left the Bursa Chamber of Entrepreneurial Industrialists (BUGİAD) in 2014 while 83 new members signed up the confederation at the same time, putting the total number of members at 1,013. BUGİAD officials reported that the changes in the membership are a normal situation.

The statement said facts presented regarding the Rize’s Chamber of Commerce and Industry (RİSİAD) are based on “false and biased interpretations.” It added that only five of total 9 resigned members did so related to the corruption probe and that four other members didn’t resign in protest. In the same period, TUSKON said, 13 new members signed up to the chamber and the number of members climed to 210.

It also said Bahar Ticaret owner Mehmet Üzümcü is still the member of the association and that they haven’t seen any resignation letter from him. Yeni Şafak claimed that Üzümcü will present his resignation.

The report also included criticisms of businessman İbrahim Aslıyürek from Rize, but TUSKON said he is not the member of the TUSKON.

Regarding the Erzurum Young Businessmen Association (ERGİAD), the statement said only seven members left the association and 30 members signed up in the same period. The total number of the members in the association today is 813.

In addition, TUSKON said 23 members left the Kocaeli Association of Active Businessmen and Industrialists (KASİAD) in 2014 while 11 new members signed up the association in the same period. The number of members today is 412. It added that resignation of only two of total 23 businessmen is related to the Dec. 17 corruption investigation.

“Regardless of the current political atmosphere, our confederation will continue to stand by what is right and will decisively continue developing projects that support our entrepreneurs to open up to new markets,” the statement concluded.