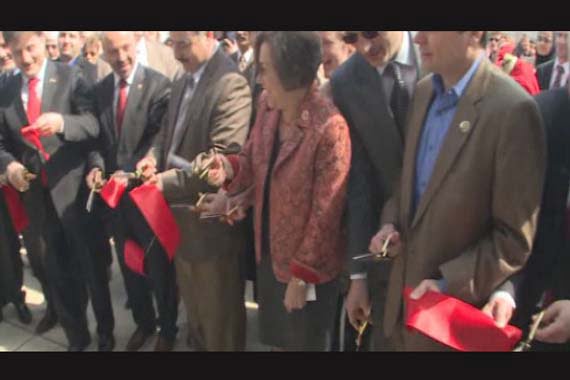 The Turkish American Society of Chicago is adding another feather to its cap. The academy has inaugurated a cultural center.

The event was attended by prominent politicians, artists and businessmen from the windy city.

The TASC supports multiculturalism and is dedicated to establishing good relations between the American -Turkish diaspora.

Fatih Yildiz, the Turkish Consul General in Chicago, encompassed the philosophy of the society, as he presented the new edifice of culture.

US Congressional representatives expressed their elation at the creation of not merely an architectural model, but the building of tolerance and dialogue.

Chicago Mayor Rahm Emanuel, released a letter of recognition at the opening of the cultural center.

Archbishop of the Greek Orthodox Church, Demetrios of Mokissos, summed up the mood at the event, with his praise to the Turkish community.