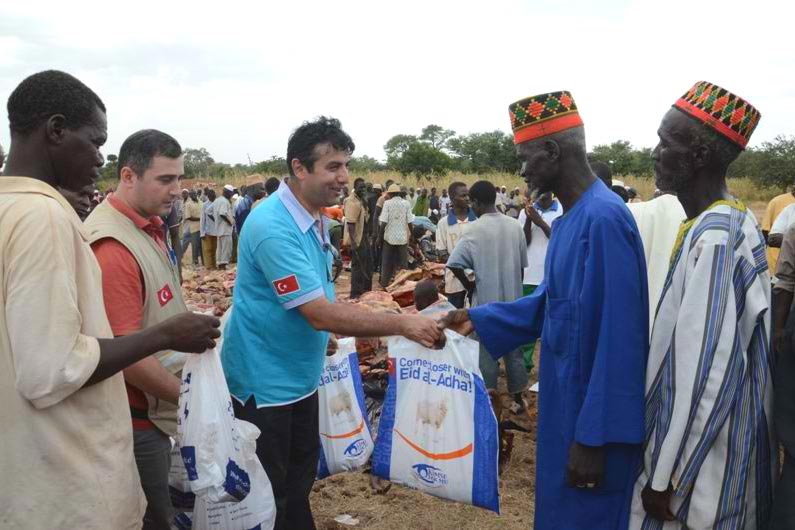 Residents of a village in the West African country of  Burkina Faso have changed the name of the settlement to “Turkiye” to show their appreciation for the aid they received during the Eid al-Adha holiday from civil society organization Kimse Yok Mu (Is Anybody There).

Some 250 volunteers from eight countries and Kimse Yok Mu representatives went to the village of Transalya in the African country for the third year during the Eid al-Adha religious festival, in which people sacrifice animals to give to the poor, to distribute meat and other food and clothing. The villagers welcomed the volunteers and representatives with local dances and subsequently changed the name of their village to Turkiye to show their thanks for the help they were given.

İdris Savadoru, the region head, noted: “Three years ago, there was illness and misery in our village, but now there are charitable people from Turkey. Our village has a new name: It is Turkiye. May God be pleased with the people who have not forgotten about our village,” adding that locals can only eat meat once a year when it is provided to them through the Kimse Yok Mu organization.

Yahya Savadoru, the village chief, said he is 100 years old and has been regularly eating meat during the Eid al-Adha religious festival thanks to Kimse Yok Mu. A village woman said Turks had helped the villagers more than their own families had.

Habib Yıldız, a representative of Kimse Yok Mu, expressed pleasure over their gesture, saying that people from the organization were moved by what the villagers did. At the end of their visit to the village now known as Turkiye, volunteers, Kimse Yok Mu representatives and local people posed for a group photo together under a Turkish flag that was planted at the entrance of the village by the locals. 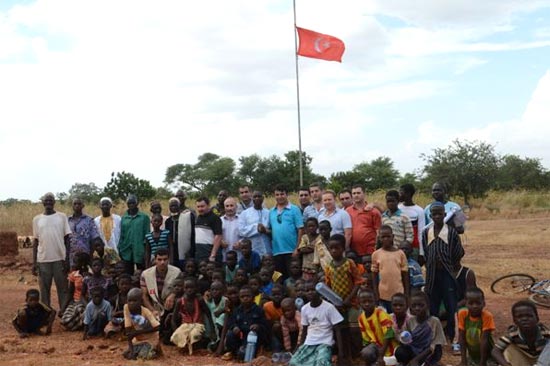 Kimse Yok Mu representatives and the volunteers returned home after staying in the African country during the four days of Eid al-Adha. Organization officials said Kimse Yok Mu distributed the meat of animals sacrificed during Eid al-Adha to 258,624 families in 75 countries during the festival.