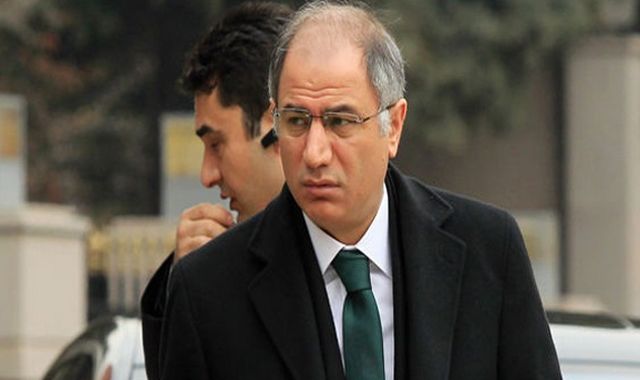 İSTANBUL
Figures publicized by the Central Bank of Turkey have contradicted government claims that the corruption and bribery investigation launched on Dec. 17 was a plot created by the so-called interest and foreign exchange lobbies.

Interior Minister Efkan Ala, only days after he was named to replace the embattled Muammer Güler, whose son has been detained for alleged involvement in bribery, claimed to have documents proving that such lobbies were behind an organized coup attempt. He said some banks had collected massive amounts of dollars from the markets before the graft probe started and that he had evidence to back this claim. But the central bank’s figures released on Friday showed there had been no extraordinary money transfers and that no investor had collected unusual sums of foreign currency.

According to the central bank’s figures, there had been no outstanding increase in foreign currency deposits in the banks during some weeks before the investigation started. However, once the investigation became public, jittery investors rushed to dollars and euros in panic, fearing that the corruption probe would spill over into political chaos. These figures did not support Ala’s claims that some banks bought in advance, with foreknowledge of the probe.

Prime Minister Recep Tayyip Erdoğan and some other Cabinet members made similar accusations during the Gezi Park protests last year, saying that the riots were instigated by a shadowy interest lobby with origins abroad. The Banking Regulation and Supervision Agency (BDDK), the Capital Markets Board (SPK) and the Finance Ministry conducted discrete investigations to find traces of these lobbies behind the demonstrations, but none of them could produce any proof that the activity in the foreign currency market, bond market or stock market was unusual.

The central bank’s figures showed that in the week from Dec. 6-13, the size of foreign currency deposits in Turkish banks rose by only $187 million to reach $154.4 billion. In this period, the currency rates also stayed steady, one dollar edging up only 1.4 kuruş from TL 2.0257 to TL 2.0390. On Dec. 16, the eve of the investigation, the dollar’s value fell slightly to TL 2.0260, when the central bank pumped $180 million through open market operations, facing little demand.

But this relatively quiet atmosphere broke on Dec. 17, and the dollar climbed rapidly with news that the investigation had named figures close to some Cabinet members and might even implicate some ministers themselves. In the week of Dec. 16-20, the sum of foreign exchange deposits in the country surged by $1.85 billion to hit $156.3 billion, the central bank’s data displayed.