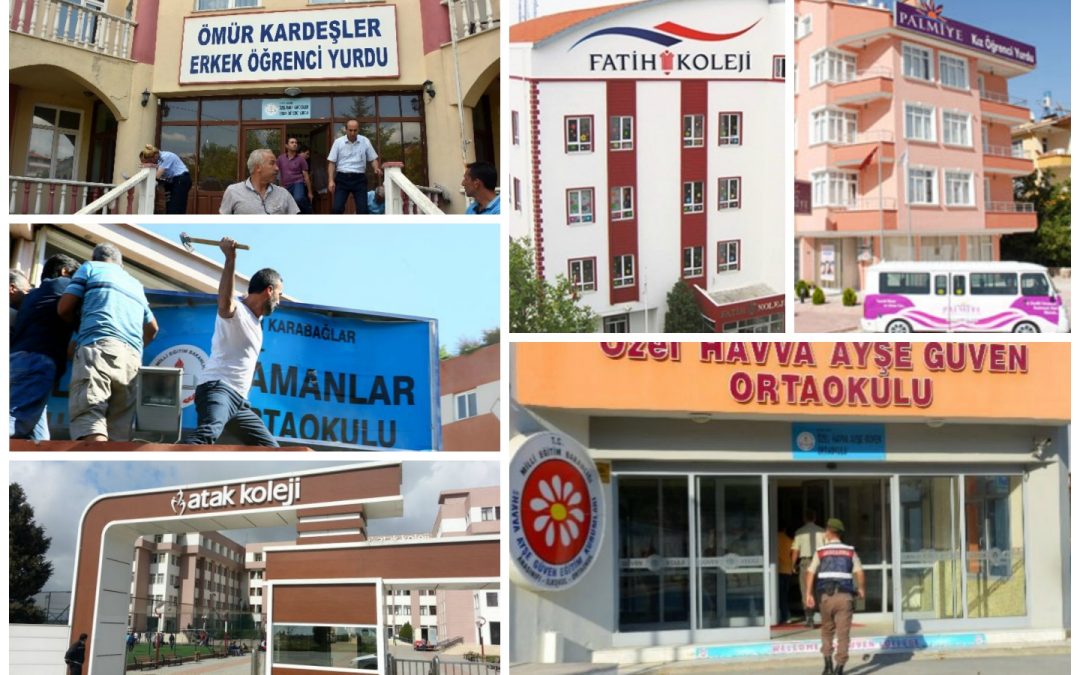 The value of immovable properties including dormitories, real estates and schools that the government has confiscated as part of its clampdown against Gülen movement so far, totals around TL 15 billion or $4.9 billion, according to Environment and Urban Planning Minister Mehmet Özhaseki.

A total of 3,333 premises were taken over by the Finance Ministry and 2,086 others by the Prime Ministry’s Directorate General of Foundations as part of government decrees issued under emergency rules, Özhaseki said.

The government seized another 1,176 properties that were not covered by decrees, the minister said adding that authorities also blocked 155,000 transactions concerning sales and transfers of properties.

“All those immovable properties worth around TL 15 billion,” Özhaseki said.

Yet, figures given by the minister do not fit with those of Akın İpek, the CEO of Koza İpek Holding until the conglomerate’s confiscation, who said that 18 of the group’s confiscated companies alone were worth over $10 billion.

Government-run Savings Deposit Insurance Fund (TMSF) President Şakir Ercan Gül announced this week that the government has seized a total of 252 companies over their alleged links to the movement.

Among the large conglomerates that have recently been confiscated by the TMSF are Koza-İpek Holding, Boydak Holding, Dumankaya Holding, Kaynak Holding and Naksan Holding.

The government also seized Turkey’s then-largest Islamic lender, Bank Asya, over its ties to the movement.