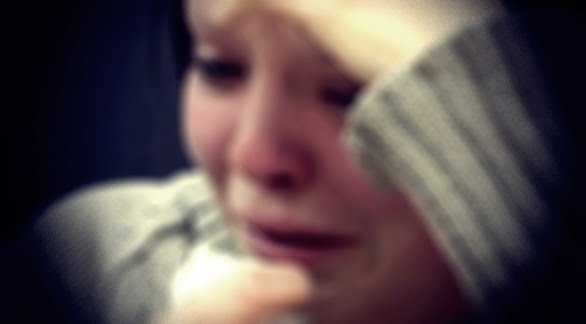 The Filipina mother who forcibly was separated from her infant and detained in Turkey for weeks has been released. But their reunion is being cut short by her deportation, in the crackdown following a failed coup in which she had no part.

Karen Lim was freed after two weeks at the police station without charges, and in a migrant camp for summary expulsion. Brought to her later at the crowded camp, 14-month-old daughter Huma fell ill. Mother and baby are now home in Ankara. But their ordeal is not over.

For unexplained reasons Turkish authorities are banishing Karen, though married to a Turk, employed as teacher, and mother of a Turkish national. She was taken into custody in early Nov. without the knowledge of her husband and in-laws.

Information is being withheld from Karen’s lawyer and the Philippine Embassy staff assisting her. Forcible separation of an infant from her mother is a humanitarian concern.

From global news, thousands of soldiers, academics, and journalists have been imprisoned in the wake of a dawn military coup July 15 that swiftly was quelled by forces loyal to President Recep Tayyip Erdogan. Targeted mostly by the crackdown are members of an Islamic movement for interfaith understanding led by exiled Turkish Fethullah Gulen.

Karen happened to be an English teacher at a university founded by a Gulen follower. She and her husband had no participation in the coup.

Karen’s travails were reported here Nov. 18. She emailed last Tuesday a personal account, below. Between the lines one can sense the courage and determination of a mother:

“Thank you for your concern and interest in my case.

“I was scheduled to be deported Nov. 13 but for unknown reasons they cancelled it. Up until the last minute I thought they would drive me to the airport. After putting me in the vehicle, a Ministry of Migration rep finally said they were taking me to the repatriation center. I know that was illegal, so I got off. My husband and I then demanded to know why they were doing that to me and our daughter.

“I wasn’t given any explanation or formally charged, during my seven-day detention at the police station. We didn’t file any case to stop the deportation. My lawyer advised me to leave the country first and only then will he file the case. He said a foreigner who has an ongoing case will be sent to the center, so we didn’t file. We didn’t get any answer but instead the assistant police chief told me that they will just take me to the hospital for my exit medical report and that my husband can follow in their official vehicle. We thought it was over, but the police was driving fast, and I already had the feeling that they lied; once we entered the highway I knew they were taking me to repatriation center more than 300 km away from Ankara. I couldn’t even kiss my baby goodbye.

“We can only guess that this happened because of the growing media interest in my story. On the day of my supposed deportation the most read Turkish online news carried a full article about my situation. The biggest opposition party CHP issued a press statement that I was a victim of the summary persecution of the Gülen Movement here. They (the authorities) just wanted to punish me perhaps.

“On Nov. 16, CHP opposition leader Kiliçaroğlu gave a three-minute speech in the parliament about me and my family’s plight. (In Turkey the party system is strong, consisting of the ruling AKP, the CHP, the nationalist MHP, and the Kurdish party.) But there is still no development in my case. They refuse to give information to my lawyer. “Nov. 19, my 14-month old baby had to stay with me in the repatriation center. Used to breast-feeding, she couldn’t sleep at night without me, so I decided to take her in. My husband needed to return to work (at the UNICEF, as education specialist for Syrian children). Due to the poor conditions at the center – we share a small room with three women and two 10-month old babies from Syria who are sickly – she fell ill on her third day of stay. Ambulanced to the hospital, she was diagnosed with upper respiratory infection. Two days later I was released.

“Midnight of Nov. 25 they released me from the center, still for untold reasons. It could be due to the opposition’s pressure on the Ministry of Migration and the Ministry of Interior. Or the case we filed in the administrative court. Or my baby’s illness.

“She is a Turkish national. They have no business involving her in my misfortune. Anything bad that happens to her will reflect badly on the government.

“I am officially released, with two conditions: (1) that I personally appear every day at the Ministry of Migration, more than 40 km from our house; and (2) that I leave Turkey in 30 days. I have a pending appeal to reverse this ruling and we have yet to have a hearing.

“All this time the Philippine Embassy in Ankara has been supportive. I continue to coordinate with the Ministry of Foreign Affairs. It is just unfortunate how they are brushed aside and told to wait till they’re contacted. I tried seeking asylum when allowed to go to the Embassy on my second day of detention to get my baby’s travel document. I was literally on Philippine soil but the representatives of the Ministry of Migration refused to let me off. How is that even possible? The Embassy staff also went to visit me all the way to the repatriation center, but the chief there refused to show me. Was that legal?

“I had worked in several schools and language centers before the Turgut Ozal University in 2014. My connection to that school is purely professional. I got good benefits, earned well, and sent money to my extended family in Philippines. (I spend for the schooling of two cousins, and help with the household expenses there.) I have no knowledge of any illegal activities during my stay and I know for a fact that all my friends are not Gulenist (That is, they drink, smoke, go to bars.) All the foreigner teachers in my school were deported. There was no basis. Not Gulenist too; they are Christians. I am a practising Catholic and I attend Mass at the Vatican Embassy as often as I can. I’m the only one fighting for my/our right to stay here. We have our family here. We have been separated for our decision.

“We are not certain what comes after this. I’m scared of the possibilities and the blanket power the government has. But whatever happens I will not let them break my family apart easily. I know my baby won’t remember any of these. But she will know how hard we are fighting so she can grow up with both her mom and dad at her side.

“PS: Yes, I used to be a broadcast journalist, at then-ABC-5, 2000-2005. I am now a freelance for TV-5 and GMA-7, but none of my reports are critical to the government. I report about the bombings, which is also not a crime since foreign journalists are giving the same news as I do.

“Again thank you, sir. I know this is a long read, I’m sorry I’ll try to live a less exciting life next time – Karen”

In a recent press conference, Ambassador Devrim Öztürk claimed that some Turkish nationals in Dhaka, in particular those working at the Turkish Hope School, were involved with what he called the Gülenist Terror Organisation (FETÖ). Foreign Ministry officials who spoke to the Dhaka Tribune said they saw the ambassador’s request as a violation of diplomatic norms.