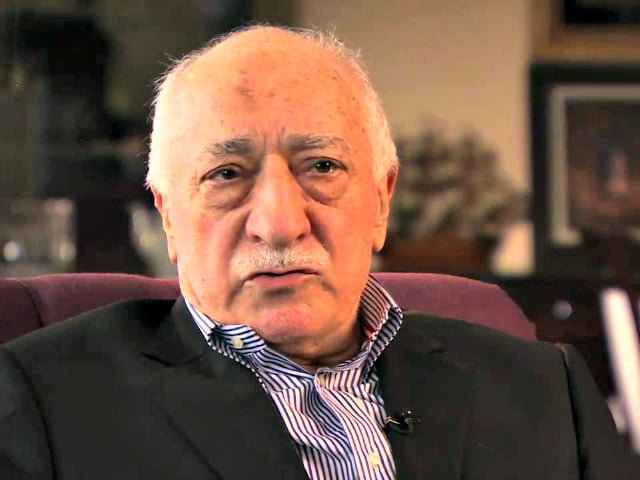 Heiko Maas claimed the “Gulen movement” — the group which is believed to have organized Turkey’s foiled coup attempt on July 15 — does not have an organized structure in Germany.

“As far as I know, we do not have any investigations at the moment on how the Gulen movement is organized. And there is no sufficient information indicating that they have an organizational presence here,” Mass said at an event organized by the Foreign Correspondents’ Association in Berlin.

The Fetullah Terrorist Organization (FETO), led by U.S.-based Fetullah Gulen, is believed to have organized July’s attempted military takeover in Turkey, which left over 241 people martyred and nearly 2,200 injured.

The followers of Gulen, who call themselves the “Hizmet movement”, are not organized under a centralized structure in Germany but carry out significant activities through a large shadowy network consisting of dozens of private schools, business associations and media organizations.

A report by the German domestic intelligence agency in 2014 said followers of the movement had founded more than 500 organizations across the country, including at least 24 schools and many cultural foundations.

Soon after the foiled coup attempt in July, Ankara urged Berlin to curb the group’s activities in Germany, a country which has a three-million-strong Turkish community.

Several important Gulenist figures from Turkey, including prosecutors and journalists, are believed to have fled there.

Last month, Ankara officially asked the German authorities to locate, arrest and hand over two high-profile prosecutors — Zekeriya Oz and Celal Kara — who are accused of plotting to overthrow the Turkish government.

They played a key role in a controversial anti-corruption probe in late 2013 which targeted the upper reaches of the Turkish government.

However, Justice Minister Maas said on Tuesday Berlin would not extradite any suspects if they faced “politically motivated” charges in Turkey.

He also argued that reintroducing the death penalty in Turkey would make it more difficult to positively respond to Ankara’s extradition demands in future.

Despite widespread suspicions, the German authorities have been reluctant so far to curb the activities of Gulenists.

German officials said they would only act upon concrete evidence which showed that these institutions were carrying out activities which violated the constitution and laws of Germany.

Gulenists have been careful so far not to attract criticism in Germany and the group’s followers have particularly focused on interfaith dialogue programs, issuing moderate messages to win the trust of the media, influential churches and political institutions.

The Turkish government suspects Gulenists recently came closer to fully controlling the Turkish state by infiltrating key institutions, particularly the military, police and judiciary, in a long-running campaign dating back to the 1980s.

Several politicians said the deadly July 15 coup attempt was hastily organized by followers of Gulen in the military after they received hints that an ongoing legal inquiry into Gulenists in the army would lead to massive detentions on July 16-17.