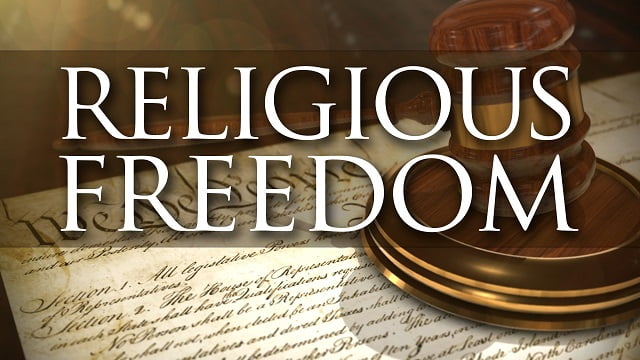 “This current approach by the (Turkish) government in the wake of the coup is quite concerning,” said Andrew Bennett, who now works on religious freedom issues for the Cardus Christian think tank. “But we need to continue to engage Turkey, I believe. The (Canadian) government needs to press the Turks on human rights in a much more active way.”

Turkish president Recep Tayyip Erdogan has blamed the Hizmet movement and its spiritual father, Fethullah Gulen, for the attempted military coup. More than 300 people were killed and another 2,100 injured when soldiers tried to take over the Turkish parliament in Ankara and other key institutions.

Two Turkish-Canadians with ties to Hizmet, including Calgary imam Davud Hanci, are among thousands who have been arrested in the wake of the coup.

Hizmet, which means “service” in Turkish, reflects Gulen’s modern take on the mystical Sufi Muslim tradition. In Canada, Hizmet followers have founded the Intercultural Dialogue Institute, which hosts interfaith events in several Canadian cities and conducts study tours of Turkey. The IDI has been an important partner for the Archdiocese of Toronto’s ecumenical and interfaith affairs office. Gulen followers also operate private schools in Toronto for Turkish students.

When the Turkish government starts clamping down on a particular strand of Islam, it can only further marginalize other religious minorities, including Christians, Jews and Alevis, said Bennett.

“It has been three years now that (Erdogan) has been fueling this hatred and anger against Mr. Gulen,” Yegul said. “Whatever goes bad in Turkey, he’s got his scapegoat.”

At least 6,000 people have been arrested in Turkey on suspicion of being associated with Hizmet and Gulen. Close to 3,000 military personnel, 2,700 judges and thousands of teachers and university academics have been fired.

Turkish-Canadian Ilhan Erdem, who worked in Turkey for Hizmet-inspired schools in Toronto, was arrested in Istanbul before boarding a plane to Canada, as was Hanci. Hanci is accused of being Gulen’s right hand.

Erdem is “not an imam in the common meaning of someone running a mosque,” said Yegul. Hanci rarely visits the United States and is not known to have any personal relationship with Gulen, said Yegul. He is a prison chaplain working in the federal and provincial systems in Alberta.

Foreign Affairs Minister Stephane Dion has spoken with Turkey’s ambassador to Canada to express concern over apparent violations of human rights. Contacted by The Catholic Register about the specifically religious character of the campaign against Hizmet, government spokespeople limited their comments to human rights in general.

Official narrowing of Muslim religious expression is just one aspect of a society that is shutting out unwanted voices, particularly Western voices, said Yegul.

“In Turkey, you have to understand, there’s only one voice now,” he said. “One cannot challenge the rhetoric coming from the government and the media controlled by it.” Ever since Ottoman rule, even secularist governments established by Kemal Ataturk have regarded religious diversity as a threat to national unity. The Turkish Presidency of Religious Affairs, a branch of the government, distributes Friday sermons to all licensed imams in Turkey. Imams in the overwhelmingly Muslim country (99.8 per cent) are technically civil servants and can be dismissed by the government.

“It has always been the Sunni Muslim ideology, that’s always been the dominant thing,” said Yegul. “But with these new developments for the past three years — with the government purging and putting pressure on free media, putting pressure on freedom of expression, etc. — one interpretation of Sunni Islam is becoming more and more dominant. Which of course can be interpreted as a threat against freedom of religion.”

Freedom of religion has always been tenuous for Turkish Christians and Jews, who have had their properties seized by the state, said Bennett.

In Gulen’s interpretation of Sufi Islam, interfaith dialogue is a central goal. His followers in Canada have found fertile soil in the context of official multiculturalism.