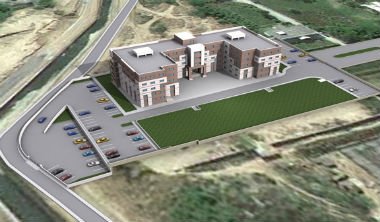 Usama Mahmoud Hawar, a student at a Turkish school in Pakistan, has become the world champion in mathematics in an exam commissioned by the British Council’s Cambridge University, the Anatolia news agency reported on Sunday.

Hawar, one of 12 million students from 200 countries to participate in the exam, was a final-year student at Lahore High School for Boys, one of the Turkish schools operating in Pakistan. The math world champion received a great deal of attention from the Pakistani media, which congratulated the successful students, teachers and schools of the exam.

Hawar told Anatolia that he owes his success to his school, math teacher and hard work. The school principal, Adem Akgedik, in comments to Anatolia, said the largest factor in Hawar’s success goes to his math teacher, Mehmet Zengin, who would work with his student for many hours after the school day was over.

After completing high school, Hawar said he wants to study economics at a university in Turkey.

A total of 6,000 Pakistani students are receiving an education from the 22 internationally acclaimed Turkish schools operating in Pakistan.

The Fountain Magazine in collaboration with the Rumi Forum of Pakistan organized a conference titled “Ideal Human & Ideal Society in the Thoughts M. Fethullah Gülen” at the University of the Punjab, Lahore, Pakistan on November 21-22, 2012. The conference aimed to to explore the model of ideal human and ideal society that have found […]