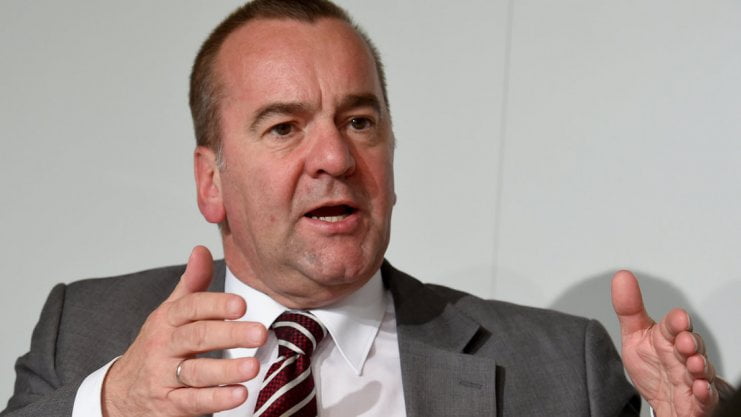 Boris Pistorius, the Interior Minister for Lower Saxony State of Germany, has accused Turkey of carrying out “unacceptable” spying on its soil amid allegations that Turkey’s autocratic President Recep Tayyip Erdoğan’s regime sent agents after more than 300 people.

It is accused of conducting espionage in more than 200 associations and schools linked to supporters of the exiled Turkish Muslim scholar Fethullah Gülen. Pistorius said the move was “intolerable and unacceptable.”

“The intensity and ruthlessness with which people abroad are being investigated is remarkable,” the minister told a press conference on Tuesday. He said there was “no evidence that Gülen supporters in Germany had anything to do with the attempted coup.”

Pistorius accused the Turkish government of having an “almost paranoid fear of conspiracy” and of trying to silence its critics, with over 47,000 arrested in the post-coup crackdown on Gülen supporters.

Gülen has been a vocal critic of Turkish government and Turkey’s autocratic President  Recep Tayyip Erdoğan on massive corruption in the government as well as Turkey’s aiding and abetting of radical groups in Syria. Erdoğan launched an unprecedented persecution against Gülen and his followers in December 2013 right after major corruption probe that incriminated Erdoğan’s family members.

The ruling AKP’s Islamist leaders labelled the movement as ‘FETÖ’, a terrorist organization, although Gülen, 75-year old cleric, and his followers have never advocated violence but rather remained staunchly opposed to any violence, radicalism and terror in the name of religion.

Some of the images included on a list of names were allegedly secretly recorded using CCTV and other means, showing they had been gained using espionage.

According to a report by British daily the Independent, a German security official stated that, “We are horrified at how openly Turkey reveals that it is spying on Turks living here.” Prosecutors are already investigating the use of imams to transmit information on the sympathizers of Gülen movement to Ankara from German mosques. Authorities in Lower Saxony and elsewhere are planning to warn those named on the list not to travel to Turkey, fearing they will be detained.

German authorities have already started an investigation over whether the Turkish intelligence service MİT has been spying on supporters of the Gülen movement in Germany. Thomas de Maizière, German interior minister, said it was a “criminal offence” to carry out espionage activities on German soil, and they “will not be tolerated by us.” “That applies to all foreign states and all intelligence services,” he said.

“We have repeatedly told Turkey that something like this is unacceptable. No matter what position someone may have on the Gülen movement, here German jurisdiction applies and citizens will not be spied on by foreign countries,” he said.

Commenting to BBC on the issue on Tuesday, Hans-Georg Maassen, Germany’s head of the German Federal Office for the Protection of the Constitution (Bundesamt fuer Verfassungsschutz), said, “Outside Turkey I don’t think anyone believes that the Gülen movement was behind the attempted putsch.”

“At any rate I don’t know anyone outside Turkey who has been convinced by the Turkish government,” he added.

The Turkish President hit out at the head of Germany’s BND foreign intelligence service on Friday for suggesting Berlin is not convinced that Gülen orchestrated July’s coup. Bruno Kahl told Der Spiegel magazine that Turkey tried to “convince us on a number of different levels. But they haven’t yet been successful.”

Over 135,000 people, including thousands within the military, have been purged over their alleged links to the Gülen movement since the coup attempt on July 15, 2016.

As of March 23, 94,982 people were being held without charge, with an additional 47,128 in pre-trial detention over their alleged links to the movement. A total of 7,317 academics were also purged as well as 4,272 judges and prosecutors, who were dismissed due to alleged involvement in the July 15 coup attempt.