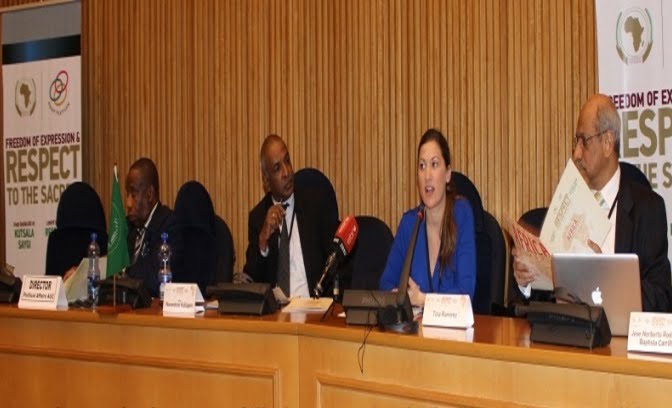 ADDIS ABABA
The 32nd Abant Platform, which took place in Addis Ababa over the weekend, confirmed its commitment to the respect for sacred values and the encouragement of freedom of religion by international and regional organizations.

In a joint meeting with the African Union, the Abant Platform hosted 155 distinguished participants from 15 countries in the capital of Ethiopia.

The United Nations Human Rights Council’s (UNHRC) decision on the struggle against intolerance toward different religions was a common talking point at the meeting to promote respect for the sacred.  The Abant Platform said that freedom of expression and respect for sacred values are complimentary and that the former does not mean the freedom to attack sacred values.

The Abant Platform also urged the media to play a constructive role in the protection of respect for sacred values and called on all governments, nongovernmental organizations and civil society institutions to take a stance defending respect for the sacred.

The Vice President (VP) of Liberia Joseph Boakai says that the Liberian Government wants to see the empowerment of its people and empowerment of its children is a beginning. Speaking at the groundbreaking ceremony of the Turkish-Liberian Light International School’s new campus in Margibi County, VP Boakai said that the country is moving forward and the Turkish school wants to be a part of it.