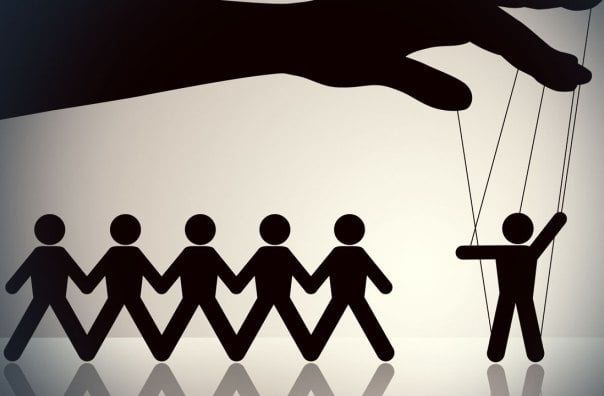 The main goal of these efforts, which were greatly aided by the pro-government media, was to drop the corruption investigation from the country’s agenda. They tried to draw the people’s attention to another danger and create an imaginary “other” that wants to undermine Turkey’s development in the eyes of the general public and make the public believe that what this “other” is doing is equivalent to treason. In this way, the government’s prestige in the eyes of the general public would be protected.

They were going to increase the electoral support of the Justice and Development Party (AK Party) by demonizing the judiciary. But this did not happen and it seems like that it will not increase in the near future.

The efforts to manipulate people’s perceptions have become uglier with each day. It has only been one month since the corruption investigation became public, but people have already stopped following news reports. Papers are suffering from falling circulation figures.

Their efforts to manipulate people’s perceptions have gone too far…

A friend of mine, whose first reaction to the corruption investigation was “We should support and protect our prime minister,” expressed his protest over the removal and reappointment of police officers two weeks after the corruption scandal broke and said he has already stopped following news reports.

The tension caused by a Supreme Board of Judges and Prosecutors (HSYK) bill that is designed to restructure the HSYJ, the witch-hunts against police officers, teachers and other public employees who have been profiled as members of the Hizmet community (Gülen movement) and the victimization of tens of thousands of people have created unease among the general public. People started reacting negatively to the accusations and slander, which went far beyond the limits of criticism against the Hizmet community, and started saying: “This is too much! Did someone cast a spell on our prime minister? This will be very bad for our country.”

For those acting with common sense, the use of journalism as a tool to conduct black propaganda and politicians’ efforts to disturb the peace in the country are unacceptable. Despite the fact that people are already aware of this unpleasant situation, the pro-government media insist on accusing and slandering people and presenting them as targets.

Why would a paper do this and risk its credibility?

Illegal activities cannot be continued without the power of the government that turned a blind eye to all this.

AK Party deputies who wanted to remain anonymous also expressed their uneasiness about the recent developments in the country. They have also underlined that they cannot understand or explain the government’s attitude towards the recent developments. They all feel sorry about the fact that several immoral tactics, including illegal video and voice recordings, are being used to damage their political rivals’ reputations. In fact, AK Party provincial administration boards in 17 cities, including Adana and Gaziantep, have resigned from their posts in protest of the party’s decision about candidates for district mayors.

The party executives know that the reason for this is political rivalry.

However, Prime Minister Erdoğan tries to use this as a way to manipulate people’s perceptions, saying, “Those who have resigned from the AK Party have been illegally wiretapped and blackmailed.”

And the pro-government media run headlines about Erdoğan’s statement.