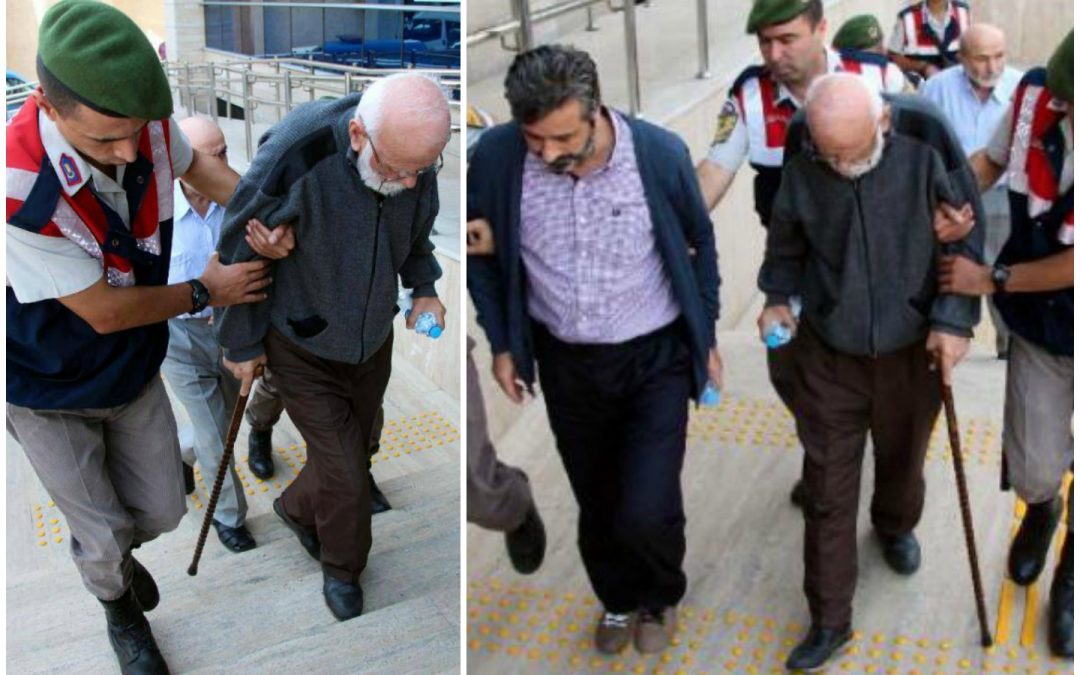 A total of 12 people, among them a 72-year-old Turkish man, were detained as part of an investigation into the Gülen movement in the Black Sea province of Zonguldak on Monday.

The elderly man, known by initials H.A., was brought to the court for testimony by the help of gendarmerie officers with a stick on his hand.

Detainees were reportedly suspected of having used ByLock, a smartphone messaging application or what Turkish prosecutors calls the top communication tool among the members of the movement. Apart from suspected of the Bylock use, H.A. is allegedly accused of being the representative of the movement in a village in Zonguldak.