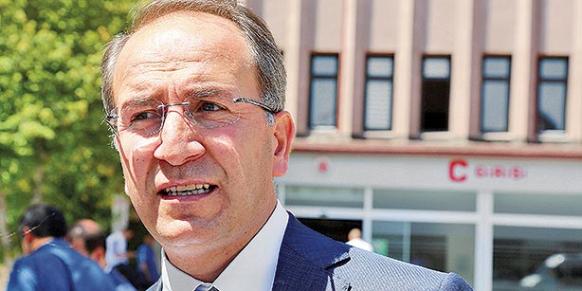 Speaking to reporters on Wednesday in Ankara, Erdoğan had claimed that an investigation into a bugging device found inside the office of the prime minister is linked to what he called the “parallel structure,” a reference to the Gülen-inspired Hizmet movement.

Gülen’s lawyer, however, said the indictment does not mention Gülen or any group or country in the charges, adding that Erdoğan has been running a smear campaign against his client for months without providing any evidence to back up his claims.

Albayrak described President Erdoğan’s attempts as a political maneuver, stating that the ultimate goal is to instigate the launch of a politically motivated sham trial against Gülen.

Gülen’s lawyer said he would soon seek legal remedy in court against those who make baseless claims against his client.

The investigation into a bugging device found inside the office of then-Prime Minister Erdoğan in 2012 was already dealt a huge blow when a former senior official at the Scientific and Technological Research Council of Turkey (TÜBİTAK) blew the whistle on government attempts to doctor key evidence.

Former head of TÜBİTAK’s Research Center for Advanced Technologies on Informatics and Information Security (BİLGEM) Hasan Palaz had said he was fired from BİLGEM on Feb. 21 for failing to obey an order from “influential figures” to change a report as part of an investigation into a bugging device.

Palaz said in late February that he had shared the findings with the National Intelligence Organization (MİT) and the Prime Ministry. He also briefed the disciplinary board of the Prime Ministry twice about the content of the scientific report on the listening devices back in 2012.

Two years after the inquiry, however, Palaz said he was asked to change the date in the report pertaining to when the bugging device started.

Facing unethical and political pressure to change details in a document prepared in line with scientific norms, Palaz said his conscience and respect for the profession did not allow him to bow to political whims and the orders to tamper with the findings. He was eventually fired from his post, where he had worked for 24 years.

Palaz and 12 other suspects were recently charged by a prosecutor from the Ankara Chief Public Prosecutor’s Office for the crime of espionage. However, the case does not have any merit and lacks strong evidence, according to people who are familiar with the details.

The indictment does not mention Gülen at all nor any other group or country as being involved in the bugging.

Commenting on what appears to be trumped-up charges listed on the indictment against him as part of a government-orchestrated revenge operation, Palaz said the case built against him is based on already-refuted claims published by the pro-government media.

“I am ready for my day in the court and will reveal everything about this bugging scandal,” Palaz said on his Twitter account.

MİT has since carried out an investigation into the device without providing legal bodies with details of the investigation.

Albayrak said the indictment is still secret and has not been accepted by court. Yet, he said, Erdoğan is talking about the investigation and rendering judgment as though he is the judge of this case where he is listed as the complainant.

Gülen’s lawyer also lamented that investigations are not being conducted by the prosecutor’s office but rather by the pro-government media and judgments are being delivered not in courtrooms but in press briefings.