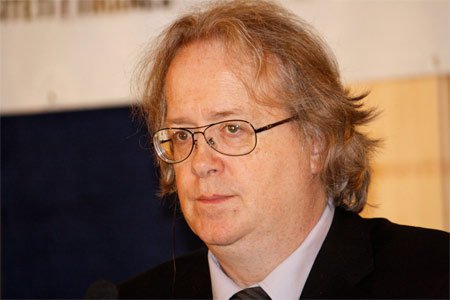 The Europe of history, rather than of ideology, has always been a context for religious and cultural diversity, with a longstanding and substantial presence of Jews and Muslims, as well as Christians. But there have also always been ideological attempts to deny and/or destroy that diversity. This began when pre-Christian pagan traditions were replaced with Christianity –often (though not always) by means of force.

It continued when the flowering of Christian, Jewish and Muslim culture in the Iberian Peninsula was rolled back by the advance of a militant Catholicism that could not countenance the peaceful coexistence in a single geographical space of the three “Peoples of the Book.”

Within living memory there was industrialized genocide and the attempted liquidation of the Jews in Europe under the aegis of Nazi Germany and its collaborators, while in the 20th century there were the attempts at “ethnic cleansing” of Muslims in the Balkans.

Finally, among those claiming to act in the name of Islam against the actions (Afghanistan and Iraq) and inactions (Palestine) of “the West,” there have been the bombings in Madrid (2004) and in London (2005).

Against this background, and bearing in mind that social crises can all too easily follow from economic and political ones, it is critically important for the Europe of the coming decades to find a way to live at ease with its diversity. In particular, this means overcoming the worrying developments of Islamophobic scapegoating that can be observed in some countries and that will end only in suffering for Muslim minorities and a cultural impoverishment for all.

Muslims form the largest religious minority in Europe. A substantial proportion of these are of Turkish ethnic background, and Turkey is a majority Muslim state that is in a “special relationship” with the European Union. Because of these factors, and in the context outlined above, an important sign of hope for the future of an inclusive Europe comes from the teaching of the Turkish Muslim scholar Fethullah Gülen, who is currently resident in the US, as well as from the civil society initiatives found across Europe that have been inspired by his teaching.

Akbar Ahmed, the Ibn Khaldun Chair of Islamic Studies at the American University in Washington, D.C., and former Pakistani high commissioner in the UK, identified Gülen as a key “role model” for contemporary Muslims. In Ahmed’s book “Journey Into Islam: The Crisis of Globalization” (Brookings Institution Press, Washington, D.C., 2007), which was written on the basis of anthropological fieldwork and questionnaire results, Gülen is identified as one of the most influential Turkish Islamic figures of his generation.

Gülen’s influence among Muslims comes first and foremost from the fact that his teaching is thoroughly Islamic, being rooted in a deep and profound engagement with classical Islamic scholarship. He is therefore not a “reformist” in any sense that might make traditionalist Muslims suspicious that he is selling out the distinctiveness of Islam.

Knowledge in a contemporary context

While “traditional,” Gülen is himself not “traditionalist.” For example, in his native Turkey he recommended the building of more schools before the building of any more mosques. In doing so he was taking the traditional Islamic theme of the importance of knowledge, or ilm, and translating it into the contemporary context, resulting in over a thousand schools being founded throughout the world by those inspired by his teaching.

As well as being properly traditional, Gülen’s teaching is also informed by a Sufi Muslim heritage that, while rooted in the distinctiveness of Islam, is ready to identify goodness wherever it is found. This is the approach of the 13th century Muslim mystic Jalal al-Din Rumi, reflected in his famous saying that “one of my feet is in the center and the other is in 72 realms [i.e. in the realm of all nations] like a compass.” Of this, in his important book “Towards a Global Civilization of Love and Tolerance” (The Light, 2004), Gülen said of Rumi that “he drew a broad circle that encompassed all believers.”

Thus many of the organizations inspired by Gülen’s teaching are committed to the promotion of dialogue with Christians, Jews and people of other religious faiths. As an example of this, it should be noted that the Gülen-inspired popular magazine called The Fountain has opened its pages to Christian authors to, among other things, provide an exposition of key texts in the Christian scriptures.

This openness towards providing a platform for voices from other religions within a magazine that is primarily read by faithful Muslims is indicative also of an even wider spirit of inclusivity that stretches to embrace not only those of other religious faiths, but also those of no faith. For example, the Dialogue Society in London, which is inspired by Gülen’s teaching, has more atheist and agnostic members of its Advisory Board than it has Muslims.

Importantly, Gülen’s Islamic teaching and practice was developed in the forge of Turkey’s 20th century project to create a secular state, as initiated by the Turkish nationalist revolution of Mustafa Kemal Atatürk. That project became an ideologically “secularist” one, locked in symbiotic conflict with an “Islamist” reaction.

So, arising from that context, Gülen has criticized a politics rooted in a philosophically reductionist materialism. But he has also argued that Islam and democracy are compatible and he encourages greater democracy within Turkey. He also argues that a secular approach that is not anti-religious and allows for freedom of religion and belief is compatible with Islam.

While especially within Turkey there are those who argue that the movement inspired by Gülen’s teaching harbors secretive aims to take over the state and to impose Islamic rule, Gülen himself has criticized the instrumentalization of Islam for political ends. In this, he insists Islam does not need an Islamic state to flourish and that the politicization of Islam will only damage the state, society and also Islam itself.

Gülen has been robust and unequivocal in his condemnation of terror attacks conducted in the name of Islam. But his commitment to dialogue is not reactive to these. Rather, it is based upon the deep wells of authentic Islamic tradition rooted in the Quran and teaching and example of the Prophet Muhammad. Precisely because of this, Gülen’s teaching and the initiatives inspired by it offer a robust challenge to the terrorist appropriation of Islam. In the words of the title of a publication by the Dialogue Society in London, they offer the possibility of “Deradicalisation by Default: The ‘Dialogue’ Approach to Rooting out Violent Extremism” (Dialogue Society, London, 2009).

Striving for peace and the common good

In his teaching and his writing, Gülen emphasizes the importance of a shared humanity in striving for peace and the common good. He argues that we are human beings first of all, and only then Muslims, Christians, secularists or others. While to some this may seem unexceptional, it is important to understand that Gülen articulates this from an Islamic perspective.

Of course, the process of translating ideals into the kind of choices that need to be made in the context of ambiguities of history is a challenging one, fraught with dangers and difficulties, and is one in which outcomes cannot at the moment be known. But how these initiatives continue to develop is likely to be of considerable importance for the future of Islam, the future of Europe and the potential geopolitical role of Turkey as a bridge between historic civilizational zones. Among the practical examples that could be cited are the Journalist and Writers’ Foundation, the Intercultural Dialogue Platform and the Dialogue Eurasia Platform — each of which have brought people of religious and secular perspectives into dialogue together around matters of common concern.

Thus Gülen and the initiatives inspired by his teaching challenge the tendency found among some Muslims groups to separatist withdrawal from the wider non-Muslim society. By contrast, they offer a basis for Muslim engagement with the wider society based upon a confident and richly textured Islamic vision. That vision also draws upon the historical wealth of a multicultural civilizational history to argue that neither Turkey nor the European Union have anything to fear, but have much to gain, from a future of full Turkish membership in the EU.

In the meantime, Fethullah Gülen’s teaching and the initiatives inspired by it offer an important Islamic sign of hope for an inclusive Europe.

*Paul Weller is professor of inter-religious relations at the University of Derby in the UK, and, along with İhsan Yılmaz, the editor of the forthcoming (January, 2012) book “European Muslims, Civility and Public Life: Perspectives on and From the Gülen Movement.” http://www.continuumbooks.com/books/detail.aspx?BookId=157777&SearchType=Basic