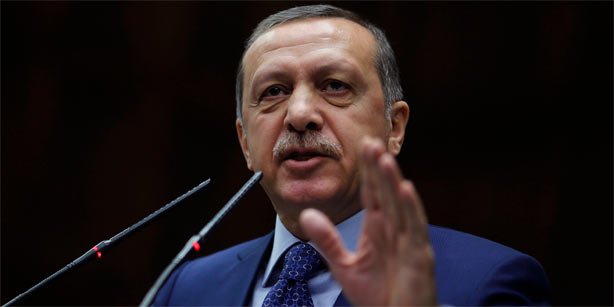 Turkish Prime Minister Recep Tayyip Erdoğan has long been known and criticized for his offensive and “othering” language for those who do not and are not expected to vote for his party in the upcoming elections.

Critics say that he often neglects groups that he cannot fully control and only makes efforts to appeal to his supporters, who are predominantly practicing Muslims — as he claims he is. With the recent conflict between the Hizmet movement and the Justice and Development Party (AKP), Erdoğan has once again proved the critics right.

One recent example of his polarization efforts was demonstrated in the way he “handled” the Gezi Park protests. During these protests, Erdoğan’s confronting attitude and remarks towards the protestors further polarized the already-polarized politics of Turkey. From the first days of the protests, Erdoğan’s party did its best to criminalize and marginalize the protestors, sometimes tracing them to anywhere but to his own policies — from the Jewish Diaspora to the terrorist Kurdistan Workers’ Party (PKK). Erdoğan’s Twitter account is updated with tweets quoting verbatim from his speeches during his rallies and demonstrations as well as AKP group meetings, and there were postings of his offensive and confronting language, which further amplified the protestors’ angers, while inducing a wider gap between his supporters and the protestors. At one point, his Twitter account said that AKP was having a difficult time restraining its “50 percent” — the percentage of the population that voted for it — who would be willing to have a “face off” with the protestors if the need arose. At another instant, he tweeted, “If they can bring hundreds to the streets, we can bring a million,” all of which stood as examples of the separatist language of Erdoğan.

Now that the prime minister is battling a corruption scandal for which he is blaming the Hizmet movement, his new victims are Fethullah Gülen‘s followers, who he calls “traitors.” He goes even further by calling the group a “parallel structure” that is out to destroy the government and take over the country. The conflict that erupted when Erdoğan decided to close down the privately owned prep schools and increased as Erdoğan’s efforts to “end the Hizmet movement” were uncovered, got out of hand when Erdoğan’s scandalous wiretapped conversations with his younger son, Bilal Erdoğan, were revealed on Feb. 24. The conversation was directed by Erdoğan, who was ordering his son Bilal to “zero” the billion dollars. However, the source of the voice recording is not known. The most striking point is that the conversations are said to have taken place after a series of investigations to AKP minister sons’ houses, which resulted in the finding of millions of dollars hidden in shoe boxes. Instead of the sons being put on trial, hundreds of police officers were reassigned and the prosecutors lost their jobs. Erdoğan first blamed the Hizmet movement for wiretapping and montaging his incriminating phone call, which was proven by computer forensic expert Joshua Marpet as not have been montaged. Erdoğan is now blaming the movement for “listening to” his phone calls, refusing to talk about the one billion dollars stated in the conversations.

The critics believe that he is blaming Hizmet in order to change the agenda to cover up his corruption. In doing so, he provokes his supporters by delivering provocative speeches at party rallies, leading to further conflicts with the marginalized group. Some of the provocative statements include: “What was done is a nefarious act against the Turkish Republic’s prime minister. You will not be able to get away with this!” “Those of you [AKP supporters] who want to take this to the streets, do not be deceived and become the puppet of the powers across the ocean [Fethullah Gülen].”

As Erdoğan increasingly becomes an agent of his hate and anger towards groups that are expected not to vote for AKP and marginalizes them, there is a chance for ever-growing polarization within various groups in Turkey. I ask that Erdoğan spend more time for the public good rather than spreading hate about his victims.