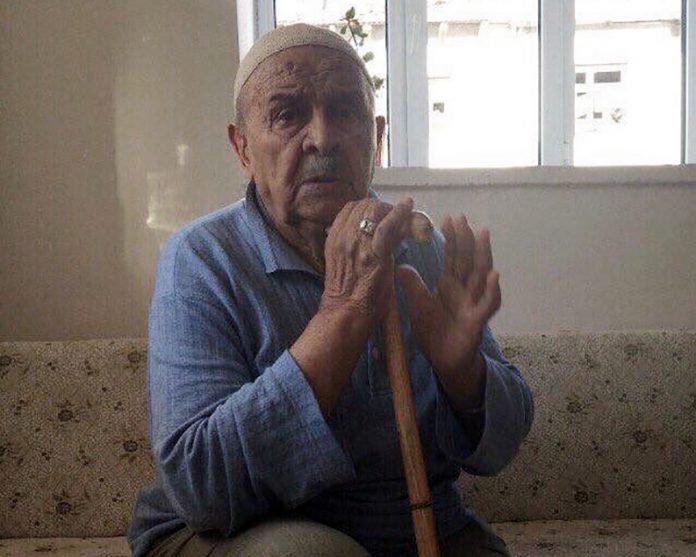 “I can’t believe my eyes. They sentenced an 87-year-old arrestee to 11-day solitary confinement for ‘he declared his hopes for release.’ @abdulhamitgut, read out this ruling. Would your conscience agree on it? Unbelievable…” rights defender Ömer Faruk Gergerlioğlu tweeted, mentioning the Justice Minister Abdülhamit Gül, on Monday.

Witnesses questioned before the decision said Karahan would tell other inmates: “I can’t predict what to come in the future. As Said Nursi put it, you will be released if you are not guilty.”

An investigation was launched against Karahan after he was reported to have told his family members during a closed prison visit that other inmates had been asking him to pray to God for their releases.

An advanced-stage prostate cancer patient who has only one kidney left, Karahan is a former disciple of the Ottoman-Kurdish scholar Said Nursi, the teachings of whom later inspired Turkey’s Gülen movement over the past years.

In its decision for the punishment, the Isparta E Type Prison’s disciplinary board said Karahan made propaganda for a criminal group.

Turkey experienced a military coup attempt on July 15 that killed over 240 people and wounded more than a thousand others. Immediately after the putsch, the Justice and Development Party (AK Party) government along with President Recep Tayyip Erdoğan pinned the blame on the Gülen movement.

The movement denies any involvement. However, the Turkish gov’t initiated a widespread purge aimed at cleansing sympathizers of the movement from within state institutions, dehumanizing its popular figures and putting them in custody.

More than 130,000 people have passed through police custody and 60,000 of them were remanded in prison like Karahan.

Karahan made it to the news last week as well after the government tried to transfer him to a prison in Afyonkarahisar, a province located some 100 km from Isparta.