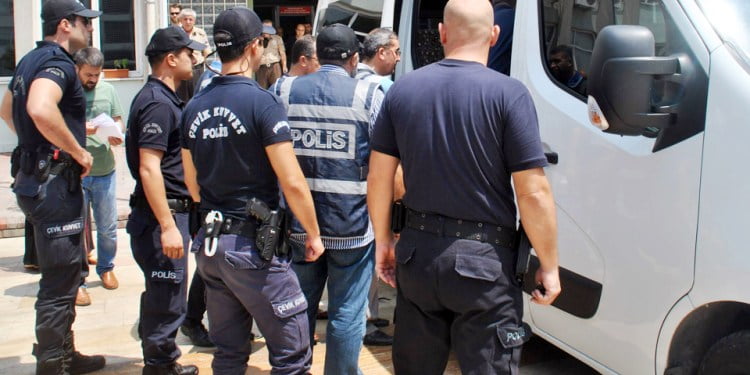 The government earlier established OHAL commissions across the country in order to investigate applications directly related to the loss of state jobs through post-coup emergency decrees. Meanwhile, human rights defenders say that commissions were set up only to avoid possible penalties from the European Court of Human Rights (EctHR).

State-run Anadolu agency reported on Saturday that I.K. was subjected to criminal record check at the entrance of the commission’s office even before he managed to submit his application. Anadolu said I.K. has long been under investigation and an an arrest warrant was earlier issued against him as part of an investigation into the Gülen movement.

The government accuses the movement of leading the July 15, 2016 coup attempt while the latter denies involvement. More than 145,000 people have lost their jobs since last summer while the government detained over 120,000 and arrested some 50,000 over ties to the movement.

I.K. was detained after the criminal check and was put in pretrial detention.