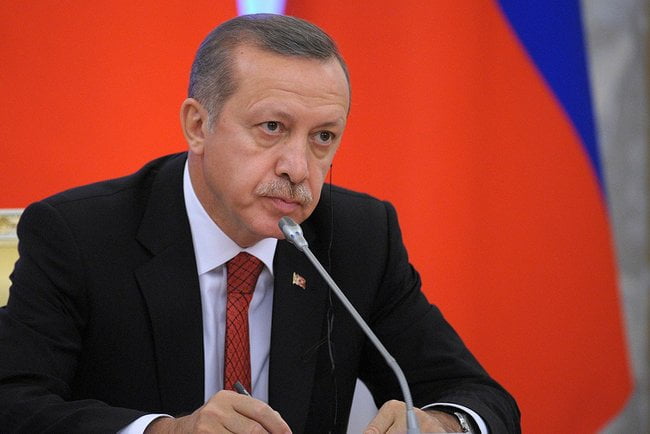 According to the Volkskrant, the list was published by Turkish state news agency Andalu Ajansi (AA). It contains the names f individuals and organizations allegedly affiliated with Fethullah Gulen, the rival of Turkish president Recep Tayyip Erdogan. The Turkish government considers Gulen a terrorist and believes he was the mastermind behind a failed coup in the country in June. The list includes names of schools, homework centers, youth associations, business associations, healthcare institution, women’s organizations and a charity. Individuals named on the list are allegedly the ringleaders of the Gulen-movement in the Netherlands.

The main concern is that this list will only further increase the already high tensions in the Turkish community, tensions that have been mounting since the attempted coup. Following the coup there were several violent clashes between different groups of Turkish-Dutch nationals. The Turkish Consul General in Rotterdam even wrote a letter to a number of mayors instructing them on how to deal with demonstrations by opponents of the Turkish government. And a few hundred Turkish-Dutch children were written out of schools on the first Gulen list.

Despite everything, Rutte and Koenders are trying to maintain a working relationship with Turkey and responded to the new list the same as with previous incidents with Ankara. “Stigmatization or intimidation of Gulen supporters, or anyone else, is unacceptable to the Netherlands. This message was repeatedly conveyed loud and clear”, a spokesperson for Koenders said to the Volkskrant.

Other politicians in The Hague are outraged. D66 parliamentarian Sjoerd Sjoerdsma called the list “unacceptable” and a “diplomatic insult” to Dutch newspaper AD. “Koenders was just on a visit to Turkey and Prime Minister Rutte over the weekend urged Erdogan: do not interfere. And the phone is not even on the hook before this list.”

“Very bad that Erdogan despite signals from Koenders simply continues to turn Turks in the Netherlands against each other”, Joel Voordewind of the ChristenUnie said on Twitter.

“This has to stop”, VVD parliamentarian Han ten Broeke said, according to AD. “We do not want the Turkish government inflaming tensions in our country again. Minister Koenders discussed this Monday with Minister Cavusoglu, who then said that Turkey does not interfere with Dutch affairs. This minister now also has to keep his word.”

“A foreign power that calls on Dutch citizens not to do business with a whole list of schools, businesses and people, that is unacceptable”, PvdA parliamentarian Marit Maij said.. “After the attempted coup I warned that the division might spread to the Netherlands, but now it seems that the Turkish government is actively feeding the conflict. In this country we continue to talk to each other and accept no us-them thinking. I want quick clarification on this list and hear from the government how we can counteract this fire being stoked even further.”