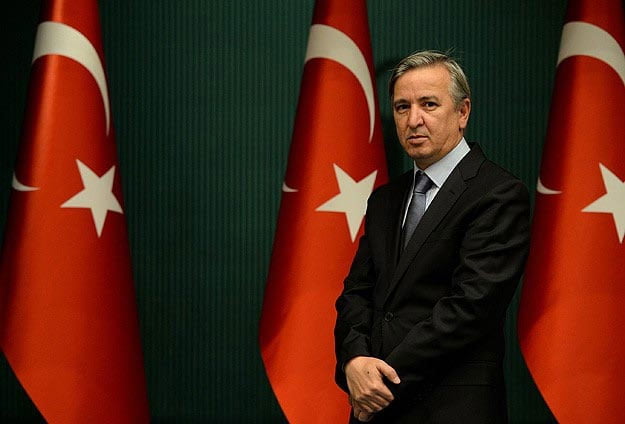 The admission came in Ünal’s Thursday column in pro-government daily Yeni Şafak in response to criticism that Erdoğan and his party had supported the grassroots social and educational movement inspired by the teachings of Turkish Islamic scholar Gülen.

“Recep Tayyip Erdoğan, Necmettin Erbakan [former prime minister and leader of the political Islamist movement in Turkey] and the political movement that led to the AK Party’s birth have never liked Fethullah Gülen and never were in harmony with him,” Ünal wrote, a fact that is known to observers of religious movements in the country. Ünal, however, added that Erdoğan never trusted Gülen, either.

However, Erdoğan attended the 2012 Turkish Olympiads, the flagship event of the Gülen movement, and made a now infamous call to Gülen, who is in self-imposed exile in Pennsylvania. Erdoğan called for an “end to Gülen’s longing” and asked him to return to his home country.

According to Ünal, this was never a sincere invitation. Calling people who applauded Erdoğan’s request in a standing ovation “thousands of idiots,” Ünal said that unlike that crowd, the people who saw the beginning of the antagonism that emerged between Erdoğan and Gülen realized that the invitation “cornered” Gülen. Ünal termed Erdoğan’s insincere call “a maneuver of political genius” while admitting Erdoğan’s hypocrisy.

Following the massive corruption investigations of 2013 that implicated Erdoğan’s family, Turkey’s then prime minister accused Gülen of plotting a coup against his government. Hours after Turkey’s foiled coup in July, Erdoğan also declared Gülen the mastermind of the coup plot despite the lack of credible evidence.

An even more extensive witch-hunt against Gülen sympathizers has been ongoing since July 15.