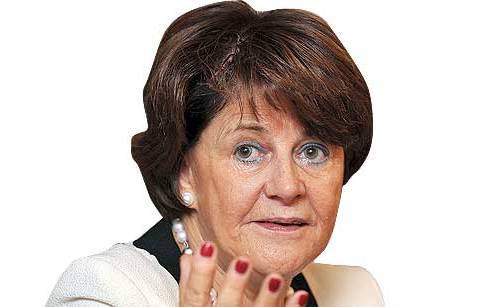 A European Parliament (EP) committee has approved a report on Turkey that criticizes the government’s handling of a corruption investigation, despite a last-minute letter from the Turkish government claiming that a set of controversial measures taken in the wake of the probe were designed to fight a “parallel structure” within the state.

The report, which was approved by the EP Committee on Foreign Affairs (AFET) late on Monday, expresses deep concern at developments with regard to a corruption probe looking into allies of Prime Minister Recep Tayyip Erdoğan that erupted with a wave of detentions on Dec. 17, 2013. The government has responded by reassigning thousands of police officers as well as judges and prosecutors, including those involved in the probe, and by introducing controversial amendments to a series of laws that critics say will tighten the government’s grip on the judiciary and the Internet.

The report, written by Dutch Christian Democrat parliamentarian Ria Oomen-Ruijten, expresses “deep concern at the recent developments in Turkey with regard to allegations of high level corruption; regrets the removal of the prosecutors and police officers in charge of the original investigations, as this goes against the fundamental principle of an independent judiciary and deeply affects the prospects of credible investigations; regrets the serious breakdown of trust between the Government, the Judiciary, the Police and the media; urges, therefore, the Government of Turkey to show full commitment to the democratic principles and refrain from any further interference in the investigation and prosecution of corruption.”

The report included further criticism targeting the new laws related to the Internet and the Supreme Board of Judges and Prosecutors (HSYK) after members of AFET approved a series of “draft compromises” to that effect during Monday’s vote.

In an effort to convince the parliamentarians not to approve the proposed amendments, Turkey’s EU Affairs Ministry sent a 10-page letter to the members of AFET, claiming that there are “misunderstandings” in the EP regarding the new legislation and that the controversial laws regulating the HSYK and Internet access were designed to fight a “parallel structure,” a term invented by Prime Minister Erdoğan to refer to what he says are adherents of the Hizmet movement of Turkish Islamic scholar Fethullah Gülen within the police and the judiciary.

“The recent investigations have demonstrated that there is an organization within the state; in fact a ‘parallel structure’,” said the letter, which was sent to the European parliamentarians hours before the vote in AFET. The letter accused this organization of “setting a plot against the government at a time when Turkey is entering an election period”; argued that one needs to comprehend the “graveness of the situation” in order to understand the government reaction; described the existence of such a parallel structure as “the greatest threat to the rule of law and democracy”; and promised that “getting rid of the parallel structure will pave the way to implement deep-rooted political reforms in a swift and sustainable manner.”

Speaking to Today’s Zaman, EP sources indicated that the letter was far from being convincing, with some saying that it made a fool of European parliamentarians who have been closely following the developments in the aftermath of the Dec. 17 probe. The sources insisted that the government should fight within the legal framework if the alleged parallel structure really exists and lamented that the government actions since Dec. 17 have dealt a big blow to the independence of the judiciary.

Critics say the new HSYK law effectively destroys the independence of the judiciary by bringing the body, which is in charge of the appointment of judges and prosecutors, under direct government control.

The Turkish letter, on the other hand, defended the new HSYK legislation and dismissed criticism that the post-Dec. 17 reassignments within the police and the judiciary are an attempt to bury the corruption allegations. According to the letter, the reassignment of judges and prosecutors is due to an HSYK investigation initiated because some prosecutors failed to inform their superiors about the investigations they carry out. The prosecutors have been appointed to new posts “in order to ensure a fair process of examination” by the HSYK, according to the letter. The reassignment of police officials, it said, is part of a “routine personnel policy of the Ministry of Interior.”

Oomen-Ruijten’s report, which is due to be voted on next week in the EP, “expresses deep concern at the new law on the High Council of Judges and Prosecutors [HSYK] and points out the strong, central role conferred upon the Minister of Justice, which is not in line with the principle of an independent judiciary as a necessary pre-condition for a fully functioning democratic system of checks and balances; stresses that the rules governing the election and composition and functioning of the High Council of Judges and Prosecutors should be fully in line with the criteria of the European standards.”

It says the Internet law “introduces excessive controls and monitoring on internet access and has the potential to significantly impact free expression, investigative journalism, democratic scrutiny and access to politically diverse information over the internet” and calls on Turkey to revise the law in line with European standards on media freedom and freedom of expression.

In response, the Turkish EU Affairs Ministry’s letter said the Gezi demonstrations “exceeded the limits of peaceful assembly” and said the report’s mention of the “apparent failure of courts” to penalize those who were responsible for excessive violence are “groundless” given that investigations into allegations of disproportionate use of force are still ongoing.

The Gülen Movement arose among pious men and women who wanted a modern interpretation of religion. In the dynamics of the transformation of the movement, the social milieu also played an important role. The movement became a spiritual refuge for those who searched for an interpretation where Islam was in harmony with modernity. The followers of the Gülen Movement do not describe themselves as a political movement.