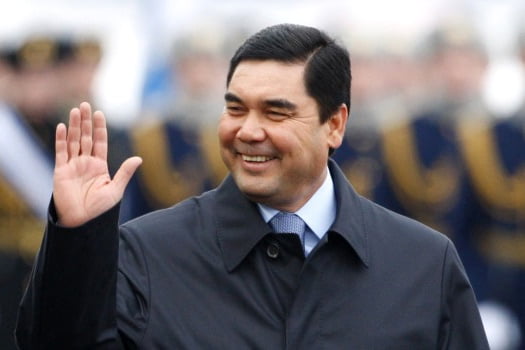 A kindergarten built through the efforts of Turkish entrepreneurs in Turkmenistan was opened by Prime Minister Recep Tayyip Erdoğan and Turkmen President Gurbanguli Berdimuhammedov at a ceremony on Saturday. The 320-student kindergarten was constructed by Turkish contractor Sehil.

Erdoğan, who was on an official visit to the country, delivered a speech at the ceremony. “We see Turkish businessmen, their investments and Turkish workers and their families here as a bridge of friendship and brotherhood between Turkey and Turkmenistan,” said Erdoğan.

He stated that relations between Turkey and Turkmenistan would not be limited to commercial activity since the Turkish and Turkmen publics come from the same origins and speak the same language. “We share a common culture, tradition and belief. Hence, Turkish companies making investments here have an important social responsibility. Our goal here is to contribute to the development of Turkmenistan, not only through investments but also through social responsibility projects.”

‘Example of our friendship’

Berdimuhammedov praised the Turkish schools in Turkmenistan, saying that they set an example of Turkish-Turkmen friendship.

“I would like to thank all who contributed to the construction of this modern building, from its project stage to its completion. This building is an obvious example of Turkish-Turkmen friendship. Turkish and Turkmen investors have been working hand-in-hand in our country for years. Turkish companies have proven themselves to be reliable partners with the work they have accomplished. They construct buildings and establish factories and other facilities,” noted Berdimuhammedov.