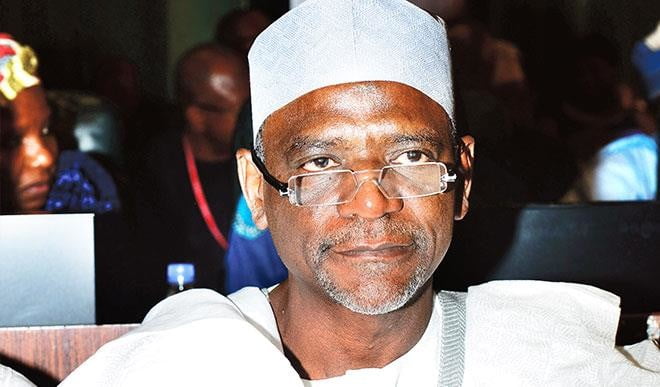 The Minister of Education, Adamu Adamu

The relations between Nigeria and Turkey have been traditionally cordial, and bilateral trade has grown over the years between them. The annual trade volume between Turkey and Nigeria was $1.2 billion by second quarter of 2016, and this consists of clothing, food, engines and automobile parts, as well as pharmaceuticals. In return, Turkey imports sesame seeds, petroleum, raw and semi-processed leather and rubber from Nigeria.

According to a Turkish Hurriet Daily News newspaper report published in February 1999, Turkey and Nigeria signed a cultural agreement in 1976. Since then, a great number of Nigerians have studied and are studying at various Turkish universities either under a cultural exchange programme or as privately sponsored students.

Turkey’s President Recep Tayyip Erdogan had said during his recent visit to Nigeria that, “Our total trade volume is currently at $1.145 billion. Our export is $314 million and our import is $831 million. As you can see, the result is to the favour of Nigeria.
“I believe that if the two countries combine forces, making use of our own respective resources, we would be able to come up with even better outcomes. As we speak, our business people are connecting with their Nigerian counterparts.”
But the recent failed coup in Turkey almost jeopardized the friendly ties between the two countries. The quagmire followed a request by the Turkish authorities to Nigeria for the closure of 17 Nigerian Turkish International Colleges (NITC).
The Turkish Ambassador to Nigeria, Hakan Cakil, told the vice chairman of the Senate Committee on Foreign Affairs, Shehu Sani, that his government had requested the Nigerian government to shut down the colleges because they were allegedly linked to Fethullah Gulen, the US-based cleric who was blamed for the failed coup.
He further said the colleges were run by Gulen’s movement, a sect which was trying to overthrow the Turkish government as well as train terrorists.
Many Nigerians, especially parents whose wards either graduated or are schooling in the colleges, were outraged by the comment. The Nigerian government too, was taken aback after the allegation and request from Turkey.
The federal government, however, said the allegation was frivolous because it lacked legal merit.
The Minister of Education, Malam Adamu Adamu, told journalists in Abuja that the request by the Turkish government did not hold water because it appeared to be without evidence. He said the schools would remain open until there was substantial fact for government to take action upon.
Parents had to summon a media briefing a day after the statement by the Turkish government where they clarified their stand on the matter.
One of the parents, Barrister Ken Okaoha, said the ambassador hadn’t got knowledge and facts that could make his allegation about the colleges plausible, and urged the Nigerian authorities to throw out any call asking them to shut down the colleges.
He said the colleges, owned by the First Surat Group, alongside the Nizamiye Hospital and the Nigerian Turkish Nile University, have no link to the terror groups.
He said the colleges have over 5,000 Nigerian students and employed over 2,000 people, adding that they have developed better strategies for accomplishing their academic and moral goals.
Okaoha said parents, authorities and host communities haven’t come across any corroborative evidence in terror offences in the schools.
He said the colleges have offered scholarships to students and sent many of their graduates to universities and most of them have successfully completed their studies.
A former student of the colleges and law graduate from one of the affiliate universities in Turkey said he received excellent support services from Turkish teachers both in Nigeria and Turkey.
He said the allegation had not tarnished the image of the schools as centres of learning, and that both students and the alumni would ensure that the Turkish authorities renounced the charge.
The Turkish community in Nigeria have staged a street protest in Abuja against the coup.
On the issue of Turkish schools in Nigeria, the ambassador told the protesters that his government and the Nigerian government were talking to find a solution to the issue saying, “The government of Turkey will never do anything against the Nigerian people.”
The spokesman of the colleges, Mr. Cemal Yigit, said the allegation was a deliberate attempt by the Turkish government to smear the image of the colleges by linking them to the failed coup d’état plotters in Turkey.
He said the allegation was unacceptable and that he was not aware of any move by the Nigerian authorities to shut down the colleges.
“That is how they do the defamation campaign. It is so unfortunate that the smear attack is even reaching Nigeria,” Yigit said.
He said the schools have about 5,000 students and employed about 2,000 Nigerians.
He said so far, more than 1,200 schools and 15 universities were closed down in Turkey following the failed attempt by the military.
He said many foundations, associations and charities were also closed down.
Meanwhile, Mr. Gulen, who was accused of sponsoring the failed coup, recently issued a statement condemning the coup, saying he had no knowledge about it.
In spite of the outrage resulting from the ambassador’s statement over the schools, Turkish authorities have yet to provide evidence to their Nigerian counterparts over the allegations.