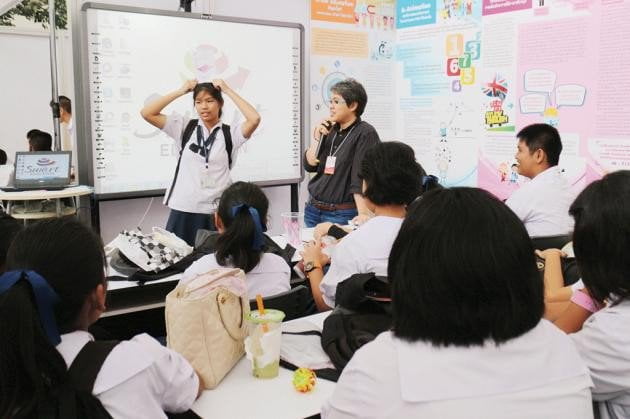 Thailand’s foreign ministry has cautioned against any rush to link four Thailand-based schools to a terrorist organization just because they have a handful of foreign shareholders.

“We have been in touch with the embassy to request legally recognised and reliable evidence. But we have not received any additional information to date,” Thai foreign ministry spokesman Sek Wannamethee, said yesterday.

Sek said a preliminary check showed that Turkey had targeted these schools only because of some of their foreign shareholders.

“But these shareholders have not held any executive position in the schools. They have not had any policymaking power, either,” he pointed out.

Thai authorities are discussing the matter and might release a statement later, he added.

These four schools are legitimate entities in Thailand and the interests of their students and parents should be protected, he stressed.

In its statement, the Turkish embassy announced that starting from the school year 2016-17, the Ministry of National Education of the Republic of Turkey will not accredit the diplomas issued by the [Gulen]-connected schools operating outside of Turkey, and certificates of equivalence will not be issued by the ministry for the diplomas given by these schools.

“The move will not affect students in Thailand. But we are discussing whether it will affect the accreditation of the schools’ graduates in other territories,” Sek said.

Education Minister General Dapong Ratanasuwan said he had already assigned Adinan Pakbara, secretary-general of the Office of Private Education Commission, to investigate the alleged link between the schools and the alleged terrorist organisation.

Adinan, meanwhile, said he planned to look into the allegation, and would also contact the Turkish embassy to discuss further action.
Spokesman for the Internal Security Operations Command, Colonel Phirawat Saengthong, said his agency was also looking into the “sensitive” allegation.

“We will gather intelligence in collaboration with both local and international organisations,” he added.

In response to the Turkish embassy’s claim, Pan-Asia International School denied the allegation and said the issue would not affect the school’s teaching and students.

“This issue is all about the internal politics of Turkey and it does not have anything to do with us. We assure that the students will not be affected by this allegation, because we are officially registered with the Thai Education Ministry,” the school stated.

Pan-Asia International School, which was established by Jordanian businessman Husni Hamad and is situated in Bangkok’s Prawet district, is one of four institutions in the Marmara Schools Group.

The school uses the US curriculum and International Baccalaureate, preK-12, for teaching.
Its main student group is Muslim.

In July, the Turkish embassy accused a Bangkok-based Turkish business association of having links with Gulen, the US-based cleric Turkey accuses of directing the mid-July coup attempt, and asked Thai authorities to keep a close watch on the business group.

The association rejected the allegation, saying it had nothing to do with the authorities in Turkey and their politics.

On August 30, the Turkish embassy also issued a statement to make clear that the so-called “Thai Turkish Business Association” did not in any way represent Turkey or the Turkish business community.

Humanitarian aid organization Kimse Yok Mu? (Is Anybody There?) carried out 500 cataract surgeries in Pakistan, as part of its international campaigns to reach out economically disadvantaged people. Volunteers from the organization arrived in the city of Dera Ismail Khan in July for its campaign to perform cataract surgeries for 5,000 people in the country. So far, around 500 people have undergone surgeries, which bolstered ties between Turkey and Pakistan.