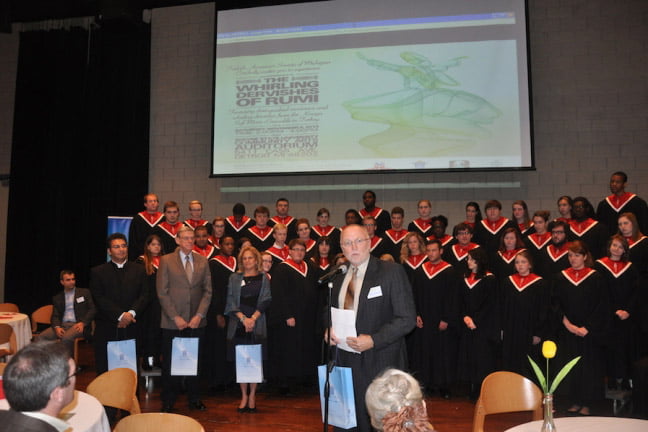 “Bases of Interfaith Dialogue” was this year’s theme in the event series, covering a weighty topic every year.

The consensus among the speakers was that more efforts should be paid in order for love and peace to be established in society. It is not only a social responsibility but also a religious duty for members of the three religions. It’s time for everyone to take an action as social transformations start with individuals, the speakers urged.

The choral performance by Rochester College students livened up the night as the conversations among over 100 guests extended through the hours.

A recent article on Leave Charters Alone grabbed my attention about charter schools, their relative accomplishments within their short history and the baseless attacks on these schools some of which have been deliberately labeled as Gulen Charter Schools. Author starts his/her article with an allusion to the recent movie (Waiting for Superman) about charter schools: […]