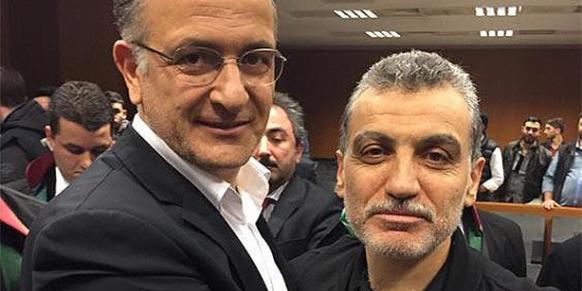 Zaman Editor-in-Chief Dumanlı and Karaca were detained on Sunday along with a number of other journalists, scriptwriters, producers and police officials in an operation largely viewed as a politically-motivated crackdown on the critical media. Some of the detainees were already released following questioning.

A court ordered that Dumanlı and seven others who were detained on Dec. 14 to be released. However, Karaca and former police chiefs Tufan Ergüder, Ertan Erçıktı and Mustafa Kılıçaslan will be jailed pending trial. They were arrested on charges of forming and leading an armed terrorist organization.

He was released due to lack of evidence. His release, which was announced soon after he learned that his wife had given birth to a baby girl on Friday morning, comes on the condition that he doesn’t leave the country.

Thousands gathered outside Çağlayan Courthouse in İstanbul to show support for the detained journalists and police officials. While crowds celebrated the release of Dumanlı in the courtyard of the courthouse, they protested the arrest order for Karaca and the former police chiefs.

According to reports circulating in the Turkish media, no one except the suspects and their lawyers were allowed in the courtroom.

The testimonies of Dumanlı and Karaca were taken 80 hours after they were first taken into custody.

In his remarks after the ruling was announced, Karaca said: “We believe in God; there is no room for sorrow. … When there is an arrest based on a fictional scenario, it means that the ruling is fictional too.” He added that those who ruled for his arrest will also be put on trial one day.