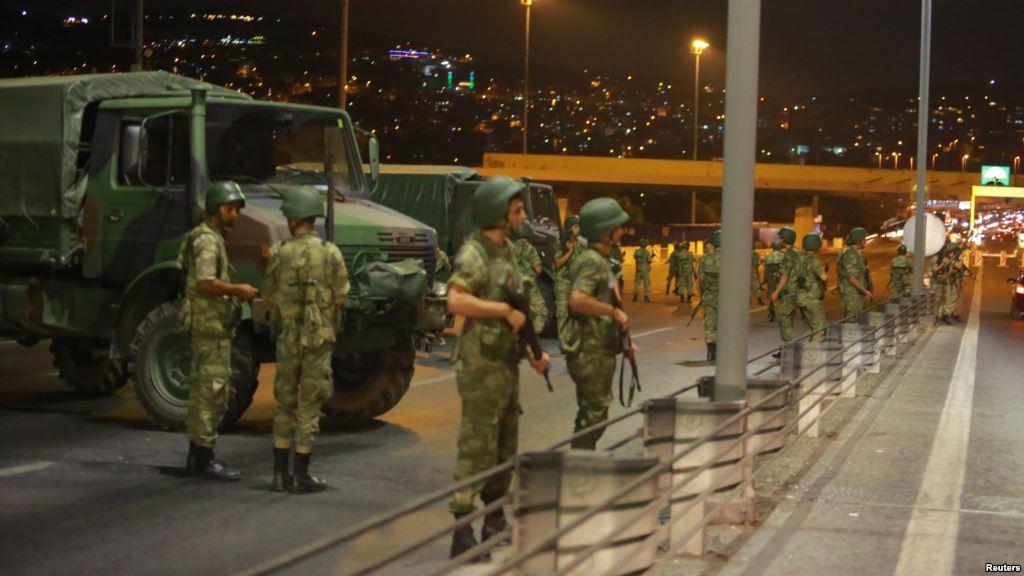 Turkish authorities are arresting people for links to the Gulen movement, which denies involvement.

The number of people detained by Turkish authorities following the failed coup to oust President Recep Tayyip Erdogan has passed 26,000.

The justice minister, Bekir Bozdag, told the state-run Anadolu Agency that 16,000 of those had been formally arrested and taken into custody while 6,000 detainees were being processed and almost 8,000 suspects remain free but under investigation.

Mr Bozdag did not give details on the status of the remaining 4,000 suspects out of the 26,000 reportedly detained and it was unclear whether any had been released.

Thousands of members of the armed forces, police, judiciary, civil service and public sector have been removed from their posts over alleged links to the Gulen or “Hizmet” movement, which was blamed for the coup.

Around 50,000 passports were cancelled, journalists and academics have been arrested and more than 130 media outlets were shut down.

Authorities say the attempt on 15 July was staged by a military faction loyal to the exiled Muslim cleric Fethullah Gulen, but he has denied any involvement.

Hundreds of soldiers armed with fighter jets, helicopters and tanks took control of key areas of the capital while Mr Erdogan was on holiday but were defeated after the President flew into Istanbul to make a defiant speech against an “act of treason and rebellion”.

Western governments and human rights groups have condemned the coup attempt, in which at least 246 people were killed and more than 2,000 injured, and also expressed concern over the extent of the crackdown tightening Mr Erdogan’s grip on power.

The Director of US National Intelligence, James Clapper, warned that the purges were hampering the fight against Isis by sweeping away Turkish officers who had worked closely with international partners.

Talks over Turkey’s possible accession to the EU have been strained amid the continuing crackdown, with foreign minister Mevlut Cavusoglu threatening to back out of the refugee deal if visa-free travel is not granted and the EU responding with accusations of “blackmail”.

The EU demands that Turkey fulfil a list of criteria including amending its anti-terrorism laws so they cannot be used to target academics, journalists and political dissenters.

Mr Erdogan has accused countries raising concern over the response to the coup of supporting the plotters and targeted Amnesty International for a report alleging that some people detained in connection with the attempt had been tortured.

He insisted that Turkey had a policy of “zero tolerance toward torture” and accused the human rights organisation of ignoring violence committed by plotters during the attempt.

Excerpt from the Independent news.