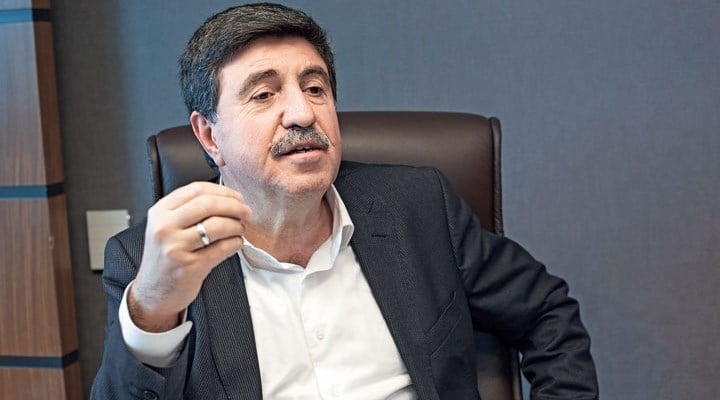 The 56-year-old writer and politician Altan Tan is in a unique position, as he has witnessed many key developments in Turkey’s recent history, with a proximity to a number of values and movements that have shaped the country, transcending the major divisions in society.

On one hand he is a devout Muslim, and former member of the conservative Welfare Party (Refah Partisi), which was thrown out of the government in 1997 after a military memorandum, commonly known as the February 28 post-modern coup. Equally important for Tan is his identity as a Kurdish political figure, seeking political rights for his people and an end to conflict between armed rebels and the state. He is parliamentarian of the main pro-Kurdish Party, the Democratic Peoples’ Party (HDP).

Many factors form the political jigsaw Turkey has so often found itself in. These include an unpredictable Peace Process with the Kurds, combined with difficulties in facing up to the realities of the military rule of the country’s past versus a potential authoritarian conservatism. Critics in Turkey would point fingers at the ruling Justice and Development Party (AK Party) for abolishing its founding principles.

As Altan Tan demonstrates, the idea of a Kurdish figure with important ties to the country’s unity and Islam is not new; and this is exactly what he takes his cue from. “The philosophy of Said Nursi is the savior of Turkey and will bring peace to the Middle East,” he notes.

On the other side of the secularism that defined the foundations of the modern Turkish republic an equally important religious movement was taking place under Said Nursi, an Islamic scholar, and author of 6,000-page volume of Quranic scriptures. Nursi, a Kurd by origin, strongly believed the newly formed state should hold onto its unity and borders. Equally important was his objection to radical Islamists who revolted against it. Altan Tan defines the working formula as “against nationalism and racism, advocating the people’s love for the country and the incentive to want to do good for it.”

State authority has once again been a major question for Turkey’s predominantly southeast. The ruling Justice and Development Party (AK Party), now in its thirteenth year of rule over Turkey, has been at the table for the past two years with the Kurds to end an age-old conflict with the Kurdistan Workers’ Party (PKK) and grant more rights to the country’s Kurds. However mistrust and a lack of transparency has clouded the process. The Kurdish issue would be one of the many areas that the AK Party has been derailed in.

“There simply is no sincerity in any proposal of the government,” states the HDP parliamentarian. One example is the Council of Wisemen, which the government established along with civil society figures and prominent members of the world of art and entertainment to help promote a more peaceful society. A few years have gone by, and little has been heard of their actions as they fade from the public eye. “The idea behind the establishment of the Council of Wisemen was a good idea; however the method was entirely wrong. The AK Party placed people who would follow the party’s orders. Therefore, how could such an establishment be called a Council of Wisemen?” says Altan Tan, noting the dilemma.

In respect to the Kurdish issue, Tan also points to the dangers of the government scapegoating the Hizmet Movement; consisting of followers and sympathizers of Islamic preacher Fethullah Gülen. “There is no such thing as a coordinating effort or any deal between the Hizmet Movement and the PKK,” he says, adding, “the AK Party removed a police chief from Cizre [Southeast Turkey] claiming he was a member of the Hizmet movement, and replaced him with a pro-government chief they trusted. Tragically, more violent incidents occurred under the newly appointed chief.”

One other area that has marred the AK Party’s recent trend concerns the military rule. Campaigning on the successful cases against military plots at the turn of the decade, the government has now once again backtracked, blaming the case for being a plot against the military. “In my opinion the Sledgehammer and Ergenekon cases are not just false and fictitious. I also do not believe these trials were a plot to overthrow the army. The fact that while we were being purged in the Feb. 28 coup, Ahmet Davutoğlu gave classes in war schools, and that Yalçın Akdoğan speech claiming this was a plot against the army shows where their [the government’s alliance] is.”

One of the brothers of Turkish Islamic cleric Fethullah Gülen, Kutbettin Gülen, 70 years old, who was arrested in October, is being deprived of his prescribed medication despite suffering from heart disease and high blood pressure, according to the tr724 news website.