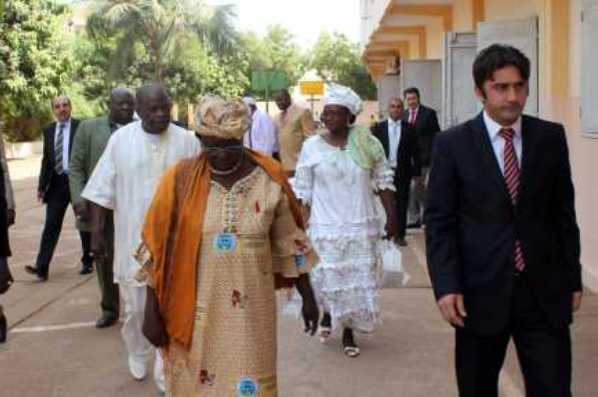 Malian Minister of Education, Jacqueline Nana Togola, visited Turkish Horizon Schools operating in the capital, Bamako. In her address during the visit, the minister said the schools are cultivating top-quality students.

The schools’ officials and students greeted the minister, who took office last September, with flowers and cheers, on her arrival at the school. The minister and accompanying delegation got informed on the schools’ activities. As was briefed, the schools’ graduates continue their higher education in various countries around the world, which is of high importance for Mali.

The early grade students gave song performances on Togola’s honor during the school tour. Next, the minister saw the construction site of schools’ new facility. “I’m deeply touched by what our Turkish friends have been doing for Mali, at the schools and here. I have to say this: These schools nurture all-round students, by integrating social skills into academic instruction. I believe they are cultivating future’s prominent Malians,” the minister remarked.

Having spent half the day at the schools, next in the minister agenda was Galaxy Dialogue and Cultural Center followed by Vefa Association of Businessmen. Togola was briefed on mission and activities of the cultural center established in 2012. The visit came to an end following the lunch and tea.