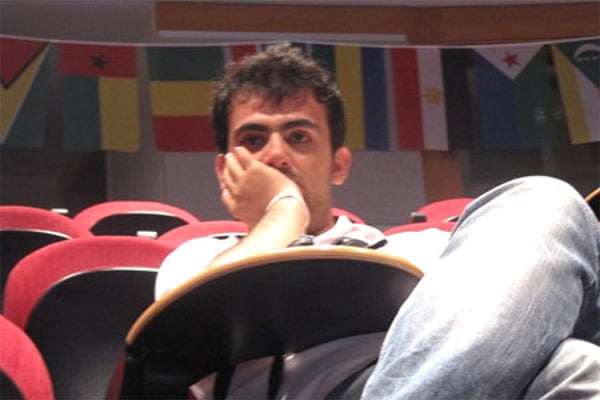 I remember how relations between the Turkish government and northern Iraq’s Kurdistan Regional Government (KRG) used to be. Both sides were ambivalent about how to deal with the outlawed Kurdistan Workers’ Party (PKK), and had to wrangle over the matter. But these thoughts became obsolete after 2009 and transformed into marvelous relations. Some may wonder how and why they moved away from being enemies to being partners.

We should first mention that before this era of good relations between Turkey and the KRG, there was only one Turkish institution working in Arbil, the pro-Fethullah Gülen Fezalar Eğitim Kurumları (Fezalar Educational Institutes**). But Fezalar stayed away from politics. Despite this, it has close ties with Justice and Development Party (AKP) ally the Kurdistan Islamic Union (KIU), and so Fezalar used KIU members to work with it.Because the Gülen movement’s ideological background is based on Kurdish Islamic scholar Said Nursi’s thoughts, this institute was accepted by Kurds, especially those who are religious. Many intellectuals believed this movement, a mixture between Kurdish and Turkish leadership, is in the best position to make ties between Turks and Kurds closer. And that is exactly what happened. First a Turkish delegation from Turkey and the Turkish ambassador in Baghdad, in addition to KRG Prime Minister Nechirvan Barzani, participated in the inauguration of Işık University in Arbil. With this, they turned a new page in history. It must also be said that this institution played a major role in changing the perception of Turkey in northern Iraq.

I’m not saying this was a turning point in relations between the two sides, but it was the first and hardest step to take.

I believe what pushed both sides to improve their relations was that both realized how much they need the other. That means their relations have been built on mutual interests. On the one hand northern Iraq needs Turkey in the rebuilding process, while on the other Turkey needs northern Iraq’s significant natural resources for the Nabucco project.

Nevertheless, the Turkish government’s opening to Kurds in both Turkey and northern Iraq easily divides the AKP’s term in government into two periods. The first is before Ahmet Davutoğlu took on the position of foreign minister, while the second is after he was appointed foreign minister. The real turning point in relations between the sides took place during Professor Davutoğlu’s term as foreign minister. He, with several other ministers, visited Arbil and met with northern Iraqi President Massoud Barzani. I think this was the turning point in relations between the two sides. Following this, many Turkish delegations came to Arbil, including that of Turkish Interior Minister Beşir Atalay and the head of the Turkish National Intelligence Organization (MİT), which secretly met with Massoud Barzani’s Kurdistan Democratic Party deputy Nechirvan Barzani.

I think these relations will strengthen further because of mutual interests. A quick glance over some figures makes the picture even clearer. Northern Iraq has between 100 trillion to 200 trillion cubic feet of natural gas, and the Nabucco pipeline project needs 1.1 trillion cubic feet of natural gas per year, meaning the KRG can supply the entire needs of Nabucco. That is the main reason why Turkey should stay in touch with the KRG.

Also, Turkey is the KRG’s main business partner. There are 1,170 foreign companies in northern Iraq, of which 604 are Turkish. Also, from 2006 to 2009, $14 billion in investments were made in northern Iraq, of which Turkish investments accounted for 20 percent, a significant figure. Turkish exports to northern Iraq have passed the $8 billion mark. This is despite several large projects Turkish companies are involved in in the KRG, including a $6 billion electricity project. Furthermore, Turkey’s first private university, Bilkent University, will open a branch in Arbil. Also, more than 1,500 vehicles cross the border on both sides daily.

Now, with economic relations very strong, political ties between Turkey and the KRG are also becoming strong. Cooperation between them to solve the Kurdish issue is at high levels. This cooperation is reflected inside Turkey. While in İstanbul, I spoke with a friend of mine in a shop in Kurdish. The shop owner said he’s also Kurdish. I asked him if it was dangerous to speak in Kurdish or to say that I’m Kurdish. He said that in recent years everything had changed for us. No one hurts us because of our ethnicity or language, and we are free.

I can envisage the Kurdish issue solved by 2020 and new civil constitution approved as Turkey’s constitution as well as the PKK having laid down its arms. Investments being made in predominantly Kurdish cities are higher, and they are helping the government improve the economy. Turkey has become one of the world’s 10 largest economies and northern Iraq’s first ally.

* Abdulla Hawez Abdulla is a Kurdish journalist from northern Iraq.

** Fezalar Educational Institutes are educational institutions of several and a university opened by Hizmet (Gulen) Movement.

The U.S. has no desire to use Fethullah Gülen, who lives in self-imposed exile in America, as a tool against Ankara, said James Holmes, a former U.S. envoy to Ankara. Ties between Ankara and Turkey might be on the frosty side, but Turkey continues to be an important ally for the U.S., according to Holmes.