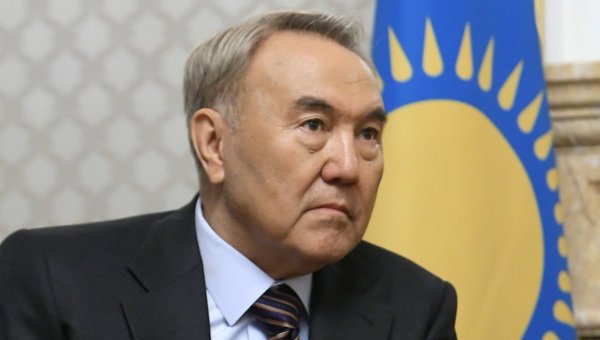 President Nursultan Nazarbayev started an official visit to Turkey on August 5, the Kazakh presidential press service said, confirming earlier reports by Turkish media of the visit. Nazarbayev is Central Asia’s first leader to line up to reassure Recep Tayyip Erdogan of his backing for the increasingly authoritarian Turkish president following the failed coup on July 15.

The official announcement did not provide any details about the visit, but Nazarbayev is expected to smooth over any disagreements between the two Turkic countries following the failed coup, which has been blamed on exiled US-based cleric Fethullah Gulen and his sympathisers in Turkey. Ankara has demanded that Kazakhstan shut down a chain of 27 Kazakh-Turkish schools believed to be linked to the Gulenist movement. But Kazakhstan’s education authorities have rejected the Turkish ambassador’s calls to shut down the schools. Despite being a close ally of Turkey, Kazakhstan fiercely resists attempts by any foreign countries to interfere in its domestic affairs.

By contrast, Azerbaijan, another close ally of Turkey, has quickly moved to block a private broadcaster over plans to air an interview with the cleric on July 18 and to take over Gulen-linked Qafqaz University (University of the Caucasus).

The Turkish authorities have also demanded that Kyrgyzstan shut down institutions believed to be sponsored by the Gulenist movement and warned that its alleged members have plans to carry out a coup in the country, which has seen two bloody overthrows of government since 2005.

The Kazakh Education and Science Ministry said the Kazakh-Turkish schools would continue to operate, because they have nothing to do with Turkey and compose their education programmes based on Kazakh and international standards. “The Katev international public foundation supervising the lyceums was set up by a bilateral education agreement between Kazakhstan and Turkey with support from Presidents Nursultan Nazarbayev and Turgut Ozal,” the ministry explained. “The lyceums employ 1,124 teachers, of whom 1,030 are Kazakh citizens (91.7%) and 94 are Turkish citizens (8.3%).” Kazakhstan also has the Suleyman Demirel University, opened in Almaty by Katev in 1996.

The ministry also said that 1,634 children finished such schools this year, scoring 102.3 points out of 125 possible in school-leaving tests. All 27 are among the top 100 schools in Kazakhstan. “Kazakh-Turkish lyceums have their own place in the Kazakh education sphere and their activities should not be linked to the political situation in other countries. No one outside has the right to pressure them – these are Kazakh schools and Kazakh citizens,” the ministry said.

“We officially assure that the lyceums and the Katev foundation have no links to governments, organisations and individuals of other countries,” Katev said.

Turkish ambassador Nevzat Uyanik said that the Turkish government has sponsored only the Yassawi International Kazakh-Turkish University in Turkistan in the South Kazakhstan Region and that other educational establishments using “Turkish” in their names had nothing to do with official Turkish bodies.

In response to the Turkish allegations, Kyrgyzstan’s Ministry of Foreign Affairs said claims by Turkish Foreign Minister Mevlut Cavusoglu that the Central Asian country is “a base of Gulen supporters” where Gulenists could instigate a coup were “incorrect”. In Kyrgyzstan, like in Kazakhstan, Gulen’s main source of influence is his network of 15 Kyrgyz-Turkish schools across the country.

“We are sympathetic to the concerns of Turkish officials. However, we would like to remind that Kyrgyzstan, in particular, is an independent sovereign state, which is itself in a position to understand and decide what is good and what is bad for it. We believe it is at least incorrect, when the minister of foreign affairs of a country tells another state about the need to take certain steps, while using the language of ultimatums and blackmail,” the Kyrgyz foreign ministry said.

The ministry stressed that Kyrgyz authorities were “studying carefully” a statement they received from the Turkish government about the activities of Gulen schools in Kyrgyzstan. “If necessary, we will take appropriate and timely measures… but we emphasise that all this is exclusively an internal affair of our country,” Kyrgyzstan echoed the Kazakh authorities.

“This is absurd. [Cavusoglu] needs to sort out what is happening in his country that they missed a coup d’etat in their country,” Kyrgyz President Almazbek Atambayev retorted.

Unlike Kyrgyzstan, Kazakhstan is in a stronger position to pursue an independent domestic and foreign policy, as its relative oil-based wealth makes it a little more attractive than its impoverished southern neighbour.

In order to sweeten the pill in Ankara, Nazarbayev is expected to boast about the role he and his diplomacy played in the recent rapprochement between Turkey and Russia following the downing of a Russian jetfighter by Turkey in November 2015. Erdogan was grateful to Nazarbayev for this “priceless” contribution to normalising Turkish-Russian relations, Kazakh media reported in late June.