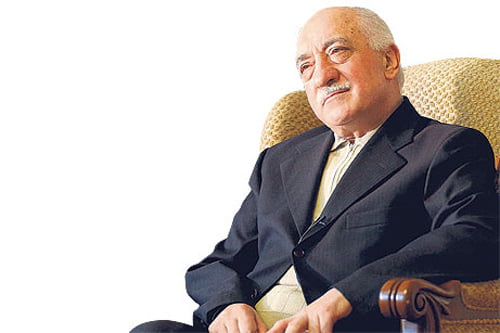 1) EUROPE. Erdogan talked about reinstating the death penalty to “punish treason”. Federica Mogherini (the Italian head of foreign affairs for the European Union) said that, if he does, then the EU membership is out of question for Turkey. Can Europe do anything and does it have anything to offer to Turkey or is it better if Europe and Turkey go their separate ways? What could Europe and Italy do to help you as well, Mr. Gulen?

Fethullah Gulen: I have long supported Turkey’s bid for EU membership, which has been a state policy for decades. I believe Turkey’s membership in the EU is the best way to ensure Turkey remains democratic and that fundamental rights and freedoms are protected. What’s more, EU membership would help oppressed groups in Turkey by ensuring Erdogan stays true to the treaties Turkey has signed and the promises he made. European countries are Turkey’s largest trade partners. The Turkish financial system is integrated with Europe and the rest of the world. Europe does have leverage to influence Turkey in a positive way.

2) EXTRADITION. Are you worried that the US could extradite you? Are you concerned that the outcome of the US elections could have an influence on that? Would you consider asking for asylum anywhere else?

Fethullah Gulen: So far, the US government has not confirmed that the Turkish government filed an official request for extradition. It is very clear that this demand is politically motivated, and I am confident the facts will bear that out. I have repeatedly denounced the coup attempt and emphatically reject any involvement therein. US government officials have clearly stated that they will follow legal procedures in accordance with the rule of law and due process, and I am not worried and will cooperate with the US authorities. The United States has long upheld the tradition of the rule of law and the outcome of the presidential elections don’t affect that.

3) ERDOGAN. You and Mr. Erdogan were allies at some point. What made you trust him? And do you have any regrets?

Fethullah Gulen: Leading up to the elections of 2002, Mr. Erdogan’s party promised to move Turkey forward in its bid for EU membership, to enhance human rights and freedoms, and stop government profiling of citizens based on their worldviews and affiliations. No other party was promoting democratic reforms and EU membership as much as Erdogan’s party. During his first term, Erdogan did implement democratic reforms and was praised for it by European leaders. But it appears that after staying in power for too long, President Erdogan and his party are suffering from power poisoning. I don’t regret supporting democratic reform initiatives. If another party were to have promoted such reforms, I would have supported them. In retrospect I can see now that I gave them too much credit. I regret having had faith that they were sincere in what they promised to deliver.

4) HIZMET. You have millions of followers. Is it possible that some of your followers, without your knowledge or approval, orchestrated a coup? What do you see in the future of Hizmet, and how important is its presence in America to its future development and survival?

Fethullah Gulen: My stance, my writings, speeches, ideas are public and clear. Throughout my life, I have been a victim of military coups, suffered under military regimes, and criticized the military’s intervention in domestic politics. If individuals who read my works, listened to my talks or sympathized with my worldview were involved in the coup, then that would be a betrayal of my core values.

Mr. Erdogan’s witch-hunt in Turkey accelerated with the globalization of the Hizmet movement. When he closed the doors to activities such as language and culture festivals, other countries welcomed them. When Mr. Erdogan urged Turkish ambassadors to lobby their respective foreign governments to help close down schools started by Hizmet participants, those governments refused to go along. Hizmet was born in Turkey but it is now embraced all over the world because its values are the shared values of humanity. The United States is one of the countries that welcome Hizmet participants, but by no means is it the only one. Your native Italy has also welcomed Hizmet participants. In fact, I met with the late Pope John Pope II in 1998 and we discussed some ideas about serving world peace by making religion a vehicle of positive contribution. According to what I can gather from media, the current Pope has also made worthwhile efforts to enhance empathy and mutual respect among world citizens.