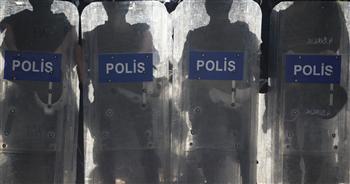 ANKARA
The Interior Ministry has reassigned police officer H.D., who worked at the National Police Department’s Anti-terrorism Unit in Ankara, on the grounds that he and his child attended a picnic organized by a dershane (private preparatory school) affiliated with the faith-based Hizmet movement.Since a major corruption and bribery investigation implicating a number of top government officials went public on Dec. 17, thousands of police officers have been reassigned or removed from their posts because of alleged links to the Hizmet movement, inspired by the teachings of Turkish Islamic scholar Fethullah Gülen. The government and circles close to it have accused the movement of being behind of the corruption probe.

In Ankara, H.D. was reassigned allegedly because his child was attending a Hizmet-affiliated exam preparatory school and because he attended a picnic that was organized by the school. When a high-ranking police officer opposed the reassignment of H.D. and asked the deputy director of the Counterterrorism Unit why he was among the officers supposed to be reassigned, the deputy director allegedly responded that H.D. was reassigned because his child was a student at a school affiliated with the Hizmet movement and because the officer himself attended a school picnic.

In addition to thousands of police officers, the government has replaced the prosecutors who initiated the probe as well as others working for public prosecutors’ offices and dozens of officials at various state institutions.